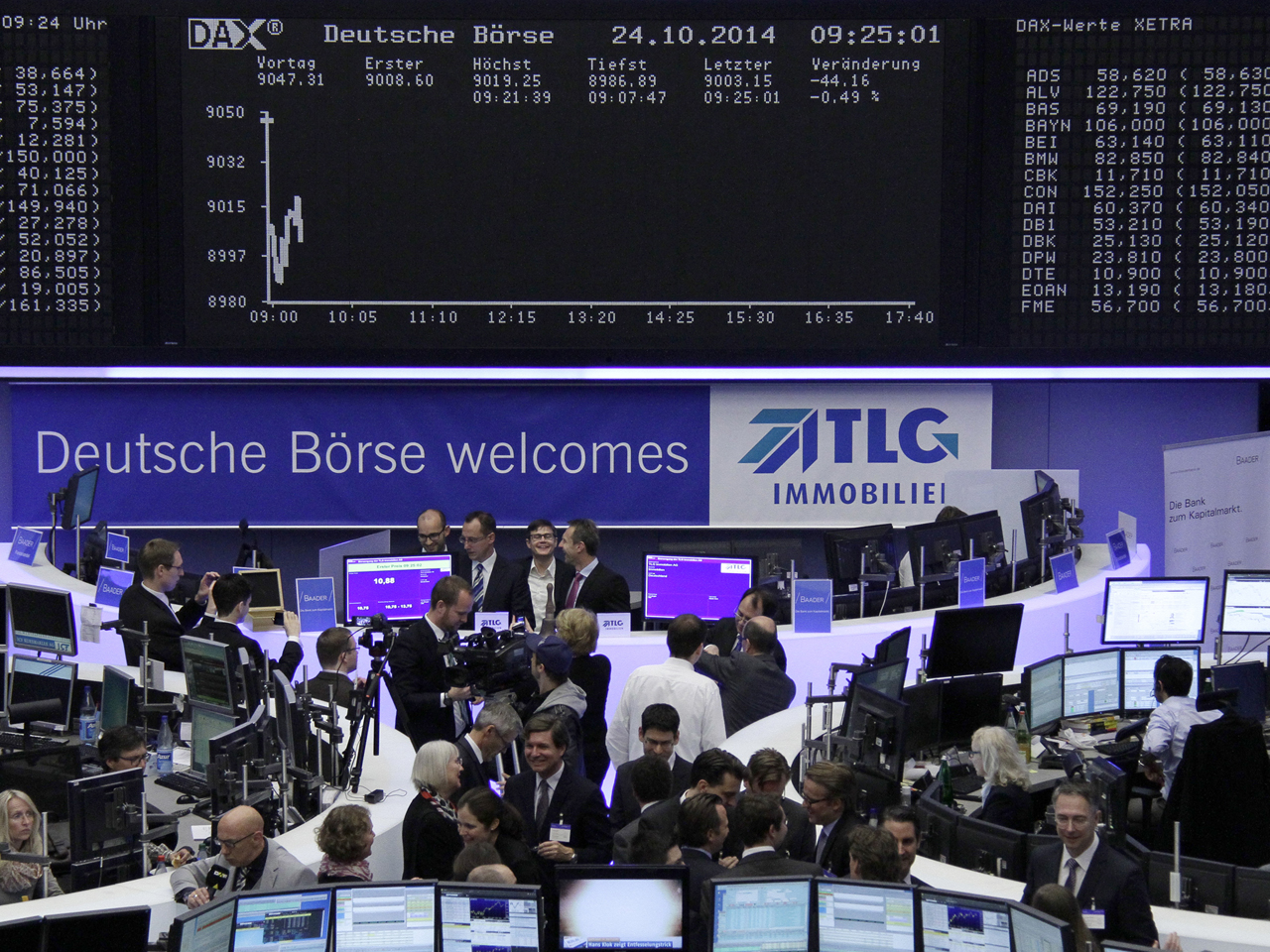 The announcement of the first confirmed case of Ebola in New York offset upbeat news about the economy and business, such as healthy earnings reports in the U.S. and a better-than-expected purchasing managers' index from the European Union. South Korea's third quarter growth slowed to 3.2 percent but a rebound in consumer spending was a positive sign to the economy.

An emergency room doctor who returned to New York after treating Ebola patients in West Africa has tested positive for the virus, Mayor Bill de Blasio said. It's the first case in the city and the fourth in the U.S. The mayor said there's no reason for residents to be alarmed and all city officials followed "clear and strong" protocols in their handling and treatment of the man. Governments have been increasing safeguard measures as Ebola rages in a handful of West African nations, fearing significant human and economic costs if the deadly epidemic spreads.

"The level of attention traders pay to Ebola could increase from here," said Chris Weston, chief market strategist at IG in Melbourne, Australia. "It's also interesting to see the startling correlation between the VIX (stock price volatility index) and the level of Ebola quotes in mainstream publications.

The focus of investors will increasingly turn to next week's Federal Reserve policy meeting for confirmation the U.S. central bank is ending its bond buying program; the policy has kept interest rates low to support economic recovery but also boosted stock markets as investors sought higher returns. Recent mixed signals about the strength of the U.S. recovery prompted speculation the Fed might let the program continue for longer.

Benchmark U.S. crude was down 64 cents at $81.45 a barrel in electronic trading on the New York Mercantile Exchange; it jumped Thursday on reports of lower production in Saudi Arabia and signs of strength in the U.S. economy. Brent crude was down 56 cents at $86.27 on the ICE futures exchange in London.