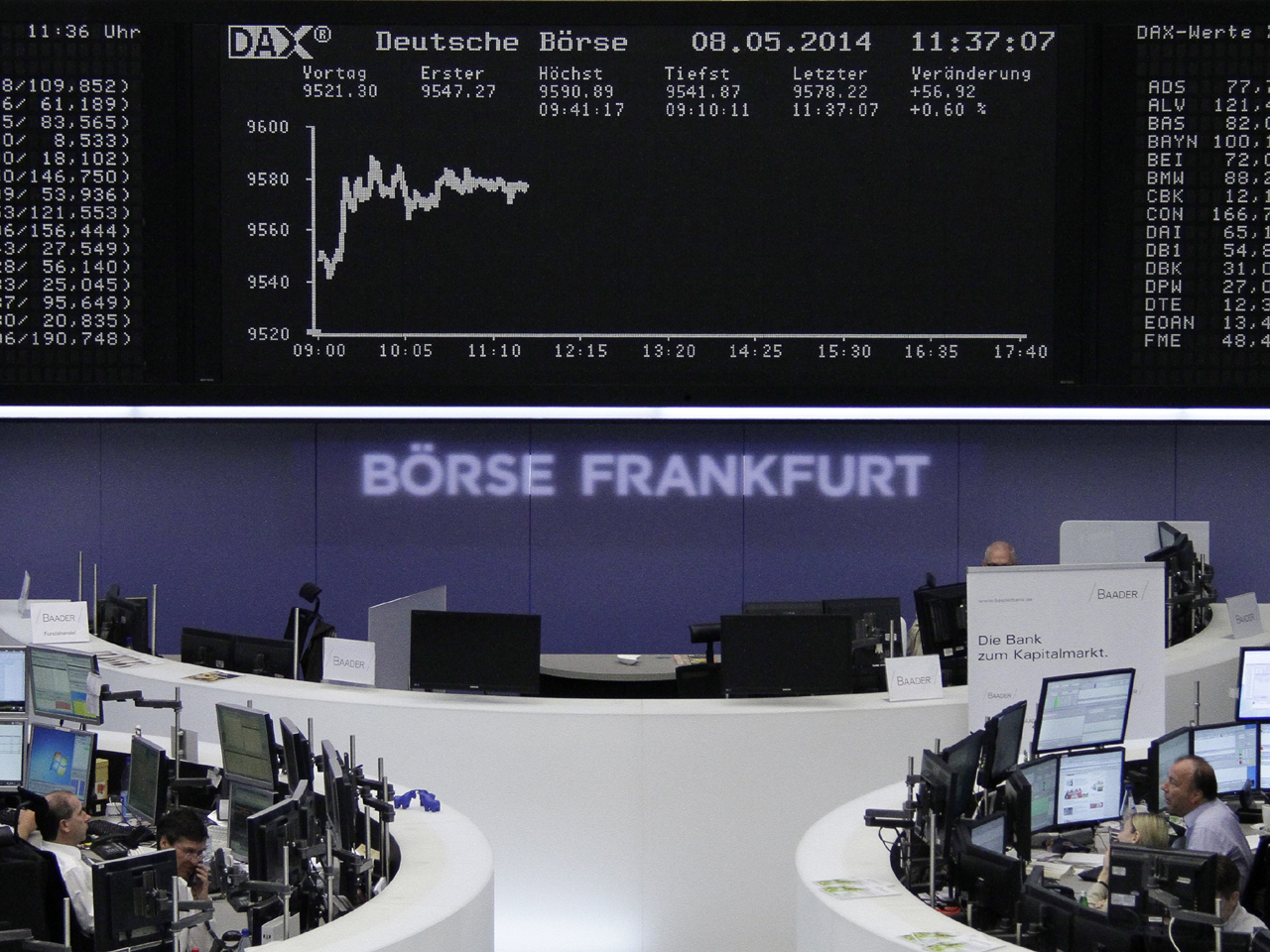 Wall Street appeared to set for a steady opening with Dow Jones futures and S&P futures both up 0.1 percent.

Yellen told lawmakers Wednesday that the U.S. job market is "far from satisfactory." She said the Fed will begin increasing interest rates only when there is enough progress in restoring full employment and when inflation is back up to its target of 2 percent.

Yellen's comments appeared to ease concerns that the Fed might move too quickly to raise interest rates.

Adding to the upbeat sentiment was China's April trade data that showed an improvement in exports. Exports rose 0.9 percent from the previous year, compared with a 6.6 percent decline in March. Imports also grew after a contraction in March but at a subdued level.

"While the data didn't shoot the lights out, it showed signs of a recovery and that's been enough to encourage some buying today," Stan Shamu, market strategist at IG, said in a commentary.

Russian President Vladimir Putin's softening tone in the confrontation with the West over Ukraine also lifted investor sentiment. Putin endorsed plans for fresh elections in Ukraine following the ouster earlier this year of its pro-Russian leader and called on pro-Russian militants in eastern Ukraine to delay referendums on autonomy.

Stocks in Taiwan, Singapore and the Philippines also rose. But shares in Thailand were down one day after the country's Constitutional Court forced Prime Minister Yingluck Shinawatra out of office by ruling she had abused her powers.

In energy markets, benchmark U.S. crude for June delivery was down 37 cents to $100.40 a barrel in electronic trading on the New York Mercantile Exchange. The contract rose $1.27 to close at $100.77 on Wednesday.