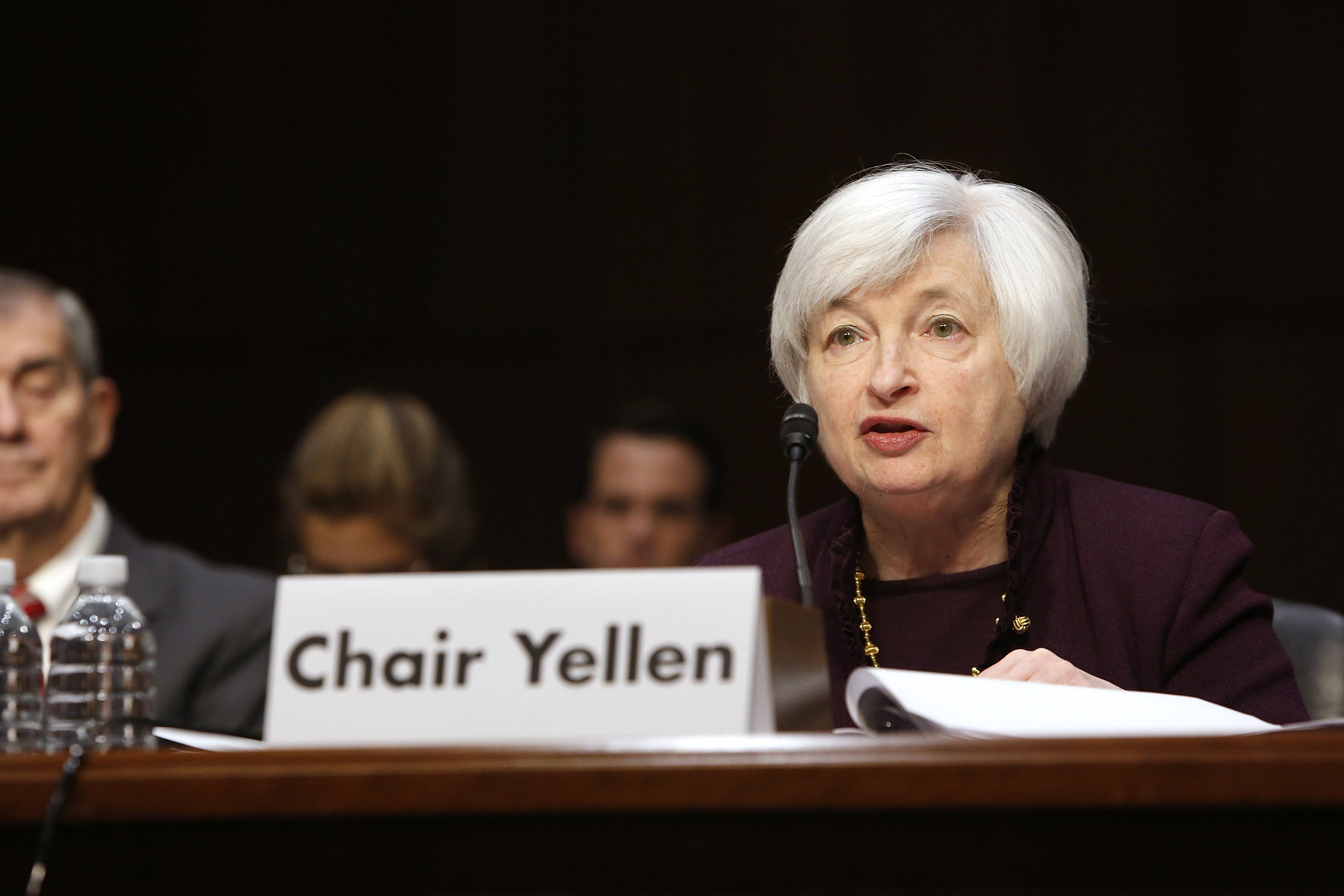 WASHINGTON - Federal Reserve Chair Janet Yellen said Wednesday that the U.S. economy is improving but noted that the job market remains "far from satisfactory" and inflation still below the Fed's target rate.

Speaking to Congress' Joint Economic Committee, Yellen said that as a result, she expects low borrowing rates will continue to be needed for a "considerable time."

Yellen's comments echo her earlier signals that the Fed has no intention of acting soon to raise its key target for short-term interest rates even though the job market has strengthened and economic growth is poised to rebound this year. The Fed has kept short-term rates at a record low near zero since December 2008.

Ian Shepherdson, chief U.S. economist with Pantheon Macreconomics, called Yellen's testimony "quite dovish" in tone. She also highlighted the slowing growth in the housing market a potential threat to the economy. Other risks include geopolitical tensions and a renewal of financial stress in emerging markets, Yellen said.

"While conditions in the labor market have improved appreciably, they are still far from satisfactory," Yellen said. "Even with recent declines in the unemployment rate, it continues to be elevated."

Yellen's testimony marked her first chance to discuss the economy since the Fed met last week and the government said Friday that the economy added 288,000 jobs in April, the biggest hiring surge in two years. The unemployment rate dropped to 6.3 percent, its lowest point since 2008, from 6.7 percent in March.

But the unemployment rate fell that far because many fewer people began looking for work in April, thereby reducing the number of unemployed. The proportion of Americans who either have a job or are looking for one has reached a three-decade low. Economic growth in the first three months of the year also was weak after a bout of unusually harsh winter weather.

Still, at last week's Fed meeting, the central bank indicated that it saw signs of a strengthening economy. It approved a fourth $10 billion reduction in its monthly bond purchases to $45 billion, down from an original $85 billion. The Fed has been buying bonds to try to keep long-term rates low.


The Fed is expected to end its bond purchases by year's end. But even when it does, the Fed will maintain its holdings at a record level above $4 trillion, thereby providing continued downward pressure on long-term rates.

In its statement last week, the Fed reiterated its expectation that short-term rates would remain near zero for a "considerable time" after the bond buying program ends. Yellen repeated that language Wednesday.

"Many Americans who want a job are still unemployed, inflation continues to run below (the central bank's) longer-run objectives and work remains to further strengthen our financial system," she said.

Most economists expect the Fed to start raising its target for short-term rates in the second half of 2015.

In a speech last month in New York, Yellen had stressed the need for the Fed to remain flexible in deciding how to manage interest rates. She said that it was important to be able to respond to "significant unexpected twists and turns the economy may make."

Yellen said that as the Fed decides when to start raising rates it would focus on the health of the job market and whether inflation, now well below the Fed's 2 percent target, is on track to return to that level.

Yellen will likely face questions Wednesday from Republicans over the Fed's strategy for eventually withdrawing the extraordinary support it's provided the economy.

Many Republicans have expressed concerns that the Fed's low-rate programs are raising the risks of financial market instability and high inflation in the future.