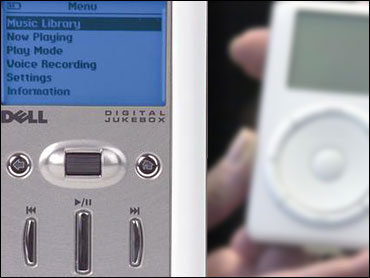 The market for digital music on the Internet and mobile phones boomed in 2004, according to a report released Wednesday that showed the global recording industry collecting significant revenues from the segment for the first time.

However, the report from the International Federation of the Phonographic Industry, or IFPI, also warned that rampant piracy continued to erode legitimate profits.

The IFPI, which represents more than 1,450 record companies across the globe, said music fans in the United States and Europe legally downloaded more than 200 million tracks in 2004, up from about 20 million in 2003. That contributed to estimated digital music revenues of around $330 million in 2004, up sixfold from the previous year.

"Digital music is now in the mainstream," said John Kennedy, the chairman and CEO of the IFPI. "There was major growth in 2004, it has really taken off."

The IFPI said there are now more than 230 online sites where consumers can buy music legally, up from 50 a year ago.

Music on mobile phones is also becoming increasingly popular, with Asia leading the way — the Japanese ringtone market was worth $100 million in 2004.

However, Kennedy said the legitimate growth of the digital music market continues to be threatened by piracy.

The IFPI and its subsidiaries launched hundreds of lawsuits in 2004 against individuals and groups it accuses of illegally sharing music through the Internet.

Kennedy said an accompanying education campaign warning people against downloading illegally and sharing music has begun to take effect. But he said there were more lawsuits in the pipeline.

"We've started something that certainly has to continue for a period of time," he said. "I'd like to think people will begin to see it as a deterrent and it unfortunately takes a volume of cases before they do."

IFPI claims that digital piracy, which is also affecting the movie industry, is behind a global slump in music sales that began in 2000. It said worldwide sales of recorded music fell 7.6 percent in 2003 following a similar drop the previous year.

Kennedy said he would like to see tackling piracy placed higher on government agendas and more responsibility from Internet service providers for misuse of their networks.

The IFPI's lawsuits have so far largely targeted individual song swappers for breach of copyright rather than the providers, which can claim that they have no knowledge of any piracy occurring on their networks.