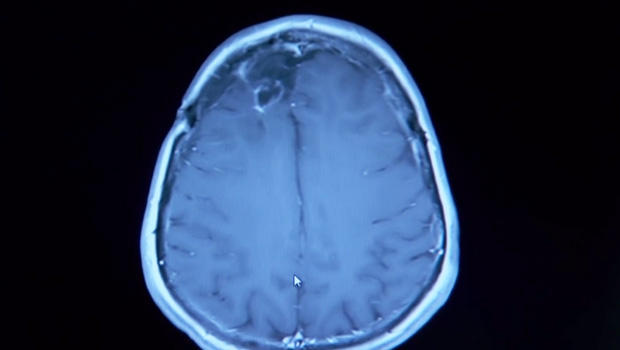 The Hippocratic Oath advises doctors to first DO NO HARM … so imagine intentionally using a virus that causes paralysis in hopes of treating the deadliest form of brain cancer. That's what doctors are trying with some patients with Glioblastoma, the same cancer Arizona Senator John McCain is now grappling with, as. Dr. Jon LaPook reports:

It was last Wednesday night when McCain's office revealed the diagnosis following surgery to remove a blood clot from the front of his brain.

McCain's doctors say the procedure removed any evidence of the tumor on imaging, but the problem with glioblastoma is that microscopic cells have likely already traveled along nerves and spread to other parts of the brain.

So this is a disease that tends to recur.

Glioblastoma is the same cancer that killed Massachusetts Senator Ted Kennedy. It's different from the more treatable form of cancer that former President Jimmy Carter had -- a melanoma that spread to his brain.

As for what comes next, McCain will likely receive a combination of radiation and chemotherapy, which takes the form of a pill that's generally well tolerated.

Median patient survival is about 15 months. But that's a number neuro-oncologist Dr. Henry Friedman is working to improve.

"I think that when you have this diagnosis, you must find a program that will think outside of the box," Dr. Friedman said, "not just go with the standard approaches but look for something that pushes the field and hopefully pushes the outcome to a much better place."

As Scott Pelley reported for "60 Minutes" in 2015, Friedman is working on a trial at Duke University for patients whose cancer has returned.

A genetically-engineered form of the polio virus is inserted directly into the brain tumor to, in effect, jump-start the immune system.

This new therapy is still in its infancy, but Dr. Friedman says the results so far are encouraging, and believes he and other researchers are just getting started.

"I believe that we are slowly, inch by inch, making progress in this disease," he said. "There is no question that there are patients who are being cured with glioblastoma. For many of my colleagues around the country might disagree with me, they of course would be wrong, because its true. It's a small, incremental population every year, but there are people who can beat this disease."

But his colleagues in Washington say, if there's anyone who can beat it again, it's this former POW and presidential candidate who's shown a fierce will to prevail.