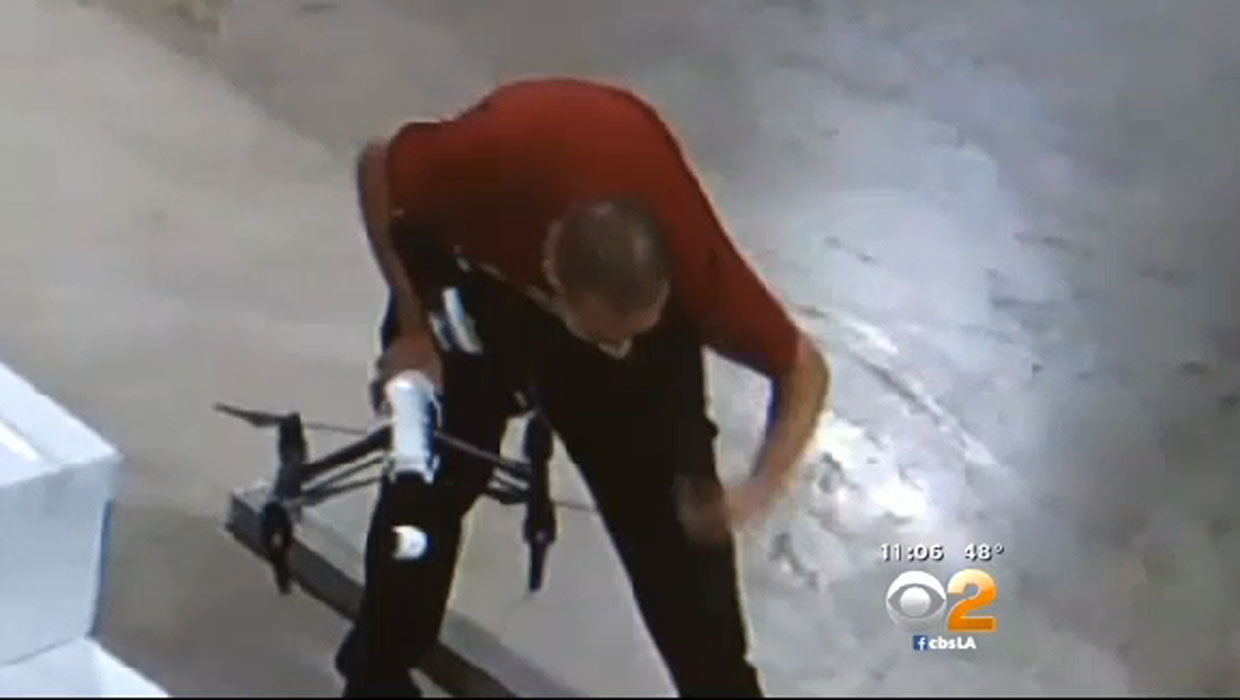 EL MONTE, Calif. -- Police are hoping security-camera footage will lead to the arrest of a man they believe was caught red-handed stealing a high-end drone from a business in Southern California, CBS Los Angeles reported.

The flying machine was stolen from Sure RC in El Monte about 6 p.m. Friday, when a man entered the store, claiming he was interested in purchasing a drone.

After speaking with an employee for a moment, he walked around the store, inspecting different models. About 20 minutes later, the man states that he's ready to complete his purchase.

But then, as the man follows the employee to the cash register, he suddenly turns around, grabs a display drone and remote control, and leaves through the back exit.

Outside the store, as the video clearly shows, a car that had apparently been waiting pulls up. The thief runs up to it, jumps in with the drone and the car takes off.

According to CBS Los Angeles, the stolen drone was a DJI Inspire 1, considered very popular and worth about $3,500. Equipped with specialized sensors, GPS and a 360-degree camera, it can fly at speeds up to 50 mph.

The store owner, who has only been open for business for eight months, hopes someone recognizes the thief and has one message for him.

"Give me my drone back."