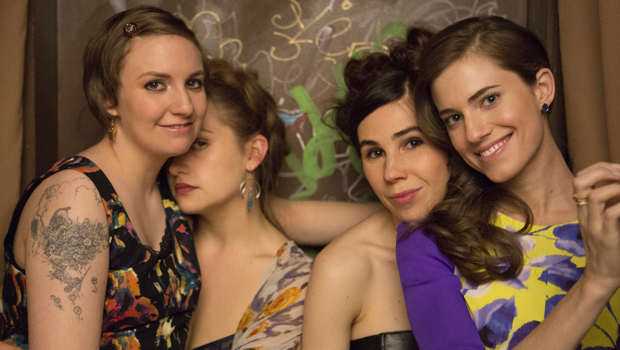 Get ready for more "Girls" -- HBO released a sneak peek at the show's fourth season on Monday, and it promises more songs from Marnie, meeting Shoshanna's parents and Hannah heading to Iowa.

Series creator and star Lena Dunham explains in the promo that this season involves "the girls making smarter choices and realizing that life is still hard."

For one, Hannah heads to the University of Iowa's Writers Workshop, but has concerns about what will happen to her relationship with Adam -- "it turns out she's justified in that fear, and I'm not going to say she handles it maturely," Dunham added of her character.

Marnie, meanwhile, will keep "singing embarrassing songs in public places" and is continuing her affair with musical partner Desi.

Viewers will also be introduced to Shoshanna's parents (her mother is being played by "SNL" alumna Ana Gasteyer), and there are glimpses of other guest stars, including Gillian Jacobs and Zachary Quinto.

Watch the season 4 preview video below (warning, it contains some strong language):