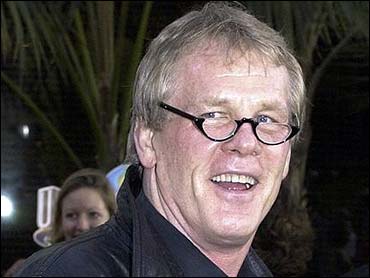 Parents of a teenage girl have sued Nick Nolte, alleging their daughter was drugged and sexually assaulted at a party at the actor's Malibu home two years ago.

The lawsuit, filed Nov. 29 in Superior Court, also lists an employee and several others as defendants. One of the defendants, Nicholas Woodring, was convicted in March of having sex with the girl, then 15 and a minor.

The girl's attorney, Philip Dunn, said Woodring was sentenced to 180 days in jail, but that the case did not go to trial.

"The criminal prosecution is over, and the victim wishes to make sure that nothing like this happens to anyone else again under the same or similar circumstances," Dunn said Thursday.

The district attorney's office could not immediately confirm a criminal conviction late Thursday.

"The incident happened nearly two years ago, when Mr. Nolte was not at the property," Nolte's publicist Arnold Robinson said Thursday. "It is our understanding that the individual responsible has been held accountable. Mr. Nolte was at the time, and still remains, concerned for the young lady's well-being."

According to the civil suit, Woodring and a minor gave the girl the date-rape drug GHB and then sexually assaulted her at a Jan. 25, 2003, party.

The suit alleges another minor and a man identified as a "resident supervisor and security officer" for Nolte helped her alleged assailants by supplying the drugs.

It claims Nolte was negligent because he was "aware of the propensity" of the security officer and one of the minors "for providing alcohol and/or drugs to minor children," and "the use of these intoxicating substances for the purpose of gaining compliance to certain acts of sexual harassment."