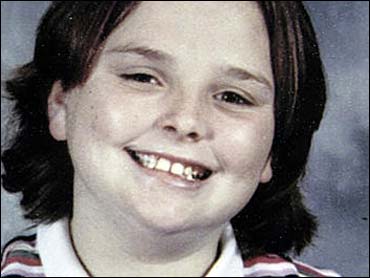 Crothersville, Ind., a one-traffic-light town of 1,500 just north of Kentucky, is the kind of place folks leave their doors unlocked. That is, until last month, when 10-year-old Katie Collman died, allegedly at the hands of drug dealers.

Her murder exposed a serious problem with methamphetamine, known as the poor man's cocaine. It's a plague the community has vowed to eliminate, reports The Early Show National Correspondent Thalia Assuras.

"She was my best friend. I've got my best friends of my age, but Katie was my very best friend," Katie's dad, Johnny Neace, tells Assuras. "Katie was a -- a beautiful, always smiling child. …She wanted to help everybody. She had a big heart."

Katie set out on Jan. 25 for the Dollar Store, just a block-and-a-half from home, on an errand for her mom, Angie Neace.

"I've sent her a million times," Angie says. "It wasn't nothing unusual, until she didn't come back. Then, that was unusual."

A few hours later, Angie was in a panic.

Fliers went up around town as volunteers and investigators combed the area.

Among them was Crothersville Assistant Fire Chief Terry Gray, who had known Katie since she was 3.

"To the person who has our Katie, we plead with you from the bottom of our hearts to please release Katie. Do not harm her," he said at the time.

The agony stretched over days, and the FBI, Indiana state troopers, and nearby police departments helped try to find her.

Asked by Assuras what he was thinking as search continued, Gray responded, "(I was) hoping for the best, praying for the best, but -- and of course, in the back of our hearts, we're anticipating the worst."

The search ended at a creek off a highway 18 miles north of Crothersville. Katie's body was found by a state trooper, face down in the water. Her hands were tied tightly behind her back. She had drowned.

Says Johnny, "It was like somebody ripped our hearts out. And not just us, but our families and our friends.

Added Angie, "I didn't wanna believe it, you know."

The focus then turned to finding Katie's killers, with virtually everyone in town believing the little girl had been murdered by strangers.

But, Assuras says, their arrests have exposed a sinister world of drugs, specifically, methamphetamine. A powerful stimulant, meth can be manufactured anywhere, using cheap ingredients available at the local grocery store.

Investigators say Katie had stopped at an apartment building to tell a friend their dog had just been hit a train. They say she stumbled upon people making meth in a kitchen in the same building.

Learning his daughter's murder was tied to meth, Johnny says, "was devastating. Katie's 10 years old. She had no idea what meth was. We have no idea what it is."

"She probably just thought they were cooking supper," Angie says in anguish.

"They said they wanted to scare her into silence," Johnny continues. "In my opinion, you don't scare a child into silence by tying their hands behind their back and throwing them in the water."

Ford and two others make up the entire Crothersville police force.

"Yes, it is," Ford confirmed. "It's a problem…all over southern Indiana and Kentucky."

Meth has spread rapidly in many Midwestern states, Assuras notes. In Crothersville, Ford says, it's an epidemic. In Indiana, the seizure of meth labs has jumped from 150 in 1999 to more than 1,000 five years later.

Many in Crothersville knew there was a drug problem in town, but they didn't realize how bad it was, until Katie's murder shocked them into action.

"If you want to buy and sell drugs, don't come to Crothersville, 'cause we don't want you," one resident said, angrily.

Johnny and Angie Neace are on the frontlines now. Four weeks after their daughter's murder, they led their neighbors in an anti-drugs march with the idea, Johnny says, of taking Crothersville "back from the drugs."

And to remember Katie.

The Neaces have another goal. "You take down a bad place such as (certain) apartments, and you put up a playground in place of them," Johnny says.

With donations pouring in from across the country, he has a plan: "It's sending out one message: that we're not going to deal with the drug activity in this town, and we're going to take a place down that's bad for kids and put a place up that's going to be really good for kids."

It's a vision Crothersville residents hope will resonate in a lot of other places.

"It's not gonna bring my daughter back," Johnny observes, "but if one child, if their life is spared because of the awareness that my daughter's death has brought on the meth community, if one child is spared, it's worth every bit of it."

The Neaces hope to open the Katie Collman Memorial Park on Aug. 13 of this year, It would have been Katie's 11th birthday.

If you wish to donate to the fund raising money to build the playground in Katie's memory, click here.

Lucky To Be Alive, Tells His Tale