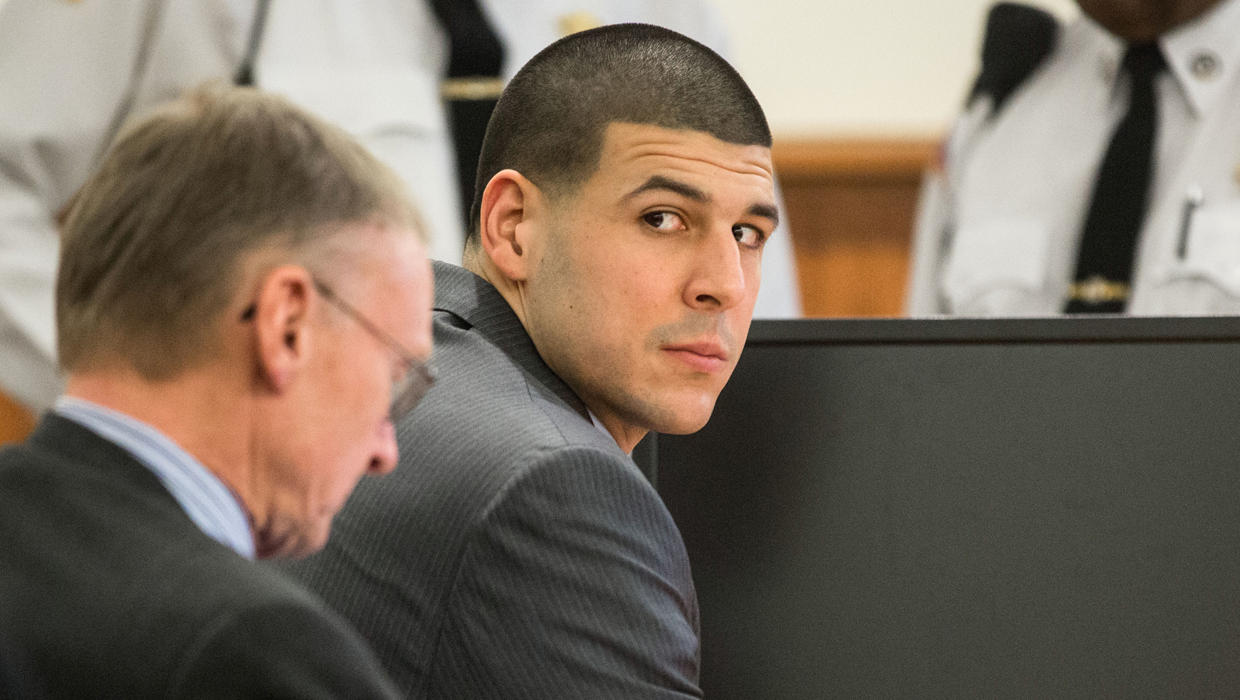 FALL RIVER, Mass. - Former New England Patriots star Aaron Hernandez often smoked marijuana with the man he's accused of later killing, and they hung out during family gatherings, the victim's girlfriend testified Wednesday. But she insisted that they had only the beginnings of a friendship and were not very close, contrary to what Hernandez's lawyers have said.

Shaneah Jenkins, the girlfriend of shooting victim Odin Lloyd and the sister of Hernandez's fiancee, testified for a third day about Lloyd's relationship with Hernandez. Lloyd was found dead in June 2013, shot at an industrial park near Hernandez's home in North Attleborough, Massachusetts.

Hernandez's lawyers have said the defendant had no reason to kill Lloyd and the two were friends.

Hernandez, a former NFL standout, had a $40 million contract with the Patriots when he was arrested in the killing of Lloyd, a semipro football player.

Wednesday was the first day of Jenkins' testimony that her sister, Shayanna, attended. The two sit on opposite sides of the courtroom: Shaneah with Lloyd's family behind prosecutors and Shayanna with Hernandez's family behind the defense table.

Shayanna Jenkins appeared to pay close attention, taking notes as her younger sister spoke and sharing them with one of Hernandez's lawyers during a break.

Prosecutors also showed video surveillance from inside Hernandez's home the morning after Lloyd was killed and a few hours after Shaneah Jenkins learned from police that Lloyd was dead. In the video, Shaneah Jenkins is seen driving up to the home, getting out of a car with her uncle and going inside the house. Shayanna Jenkins is then seen coming up to her sister and giving her a long hug.

As she watched the video, Shayanna Jenkins put her hand on her head and wiped tears away.

The video also shows Shayanna Jenkins carrying what Shaneah has said was a trash bag toward the basement.

Shayanna Jenkins has been charged with perjury and is accused of lying to a grand jury, including when she said she couldn't remember what she did with a box prosecutors believe she disposed of after getting a coded message from Hernandez. She has pleaded not guilty.

It's possible Shayanna Jenkins will be called as a witness in the Hernandez case.

Also Wednesday, Lloyd's mother, Ursula Ward, took the stand for the first time. Before her testimony, the judge asked the jury to leave the courtroom and Ward was called to the stand. Prosecutor William McCauley then showed her an autopsy photo of her son's face. Ward identified him, her voice wavering a bit.

After that, Bristol County Superior Court Judge Sudan Garsh cautioned her about her demeanor on the stand.

Ward left the courtroom in tears on two previous days when seeing photos in court of her son's body.

"I understand this is very emotional for you," Garsh told her Wednesday. The judge instructed her to "retain control of your emotions" and to not cry when photos of her son were shown to her.

Ward did not cry and instead remained stoic as the jury returned and the prosecutor showed her the autopsy photo, then another photo of a smiling Lloyd wearing the same clothes he had on when he was found dead: a plaid shirt and a Red Sox cap.