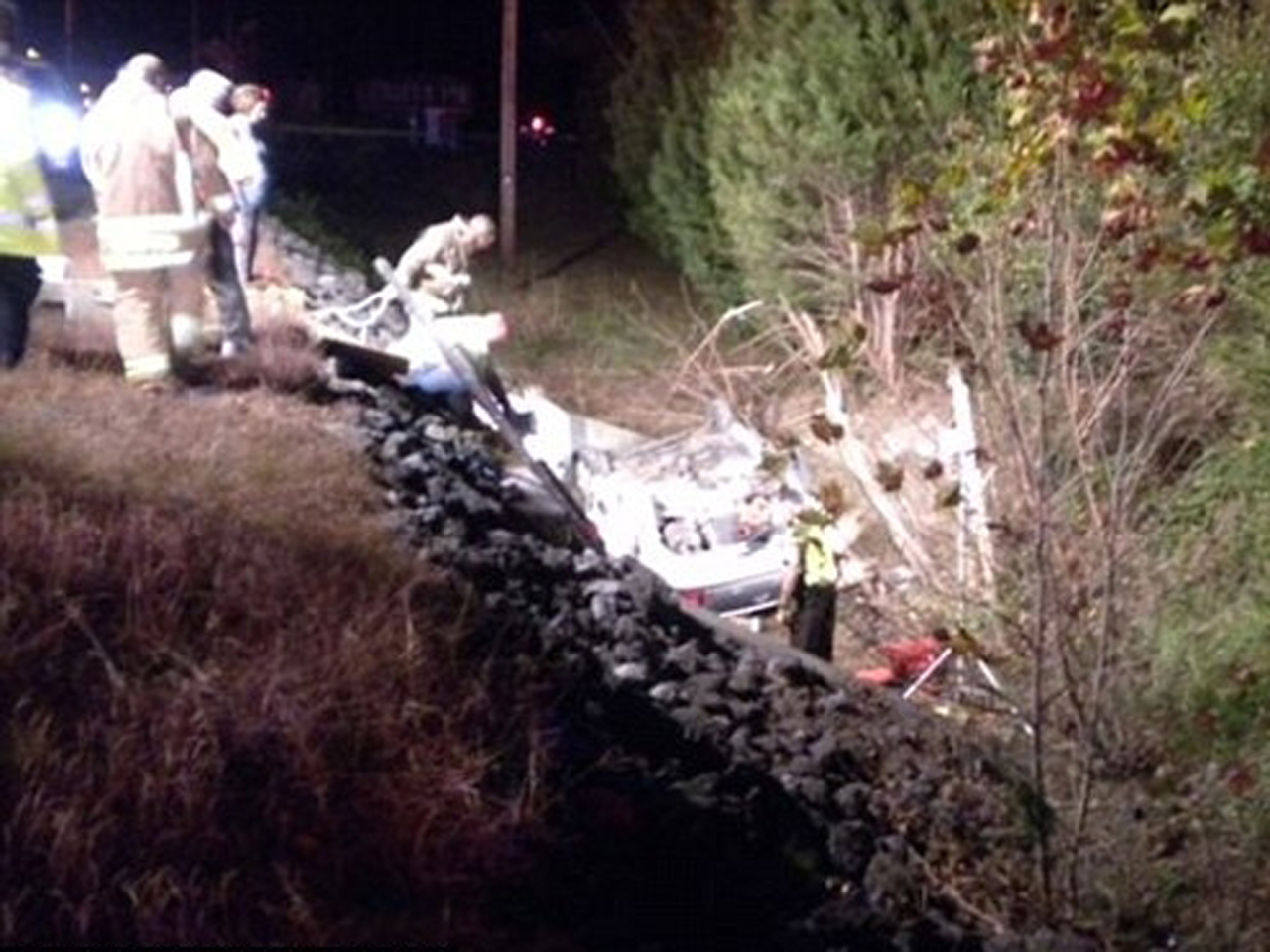 COVE CITY, N.C. - A 9-year-old North Carolina girl pinned in a wrecked car for almost two days ate Pop-Tarts and Gatorade to help her survive the single-car crash that killed her father, police and relatives said on Monday.

Jordan Landon of Cove City was airlifted to a hospital Sunday night after rescue teams cut her out of the 1995 Chevrolet Monte Carlo that had been upside down in a culvert since Friday night, the North Carolina Highway Patrol said. Killed was 39-year-old Douglas Landon, police said.

Sgt. David Clifton called the girl "heroic" and that she was able to stay calm despite being trapped in the dark and cold. He says the girl was talkative and is expected to fully recover.

Clifton said a person walking by saw the car off the state highway and called 911 late Sunday afternoon, more than 40 hours after the pair was believed to have crashed on their way to a store. Temperatures at night had dropped into the 30s in the area in eastern North Carolina.

Police said the speedometer on the car was stuck at more than 100 mph. Douglas Landon's employer and friend, Butch Morse, said he found hard to believe Landon was going that fast.

"He wasn't speeding, there is no way in God's green earth he was speeding," Morse told WCTI-TV.

In his final moments, a family friend said Landon was trying to protect his daughter.

"He was curled up in a ball with his arm right across his chest and his other arm pushed out across Jordan. He was trying to hold her and trying to keep her protected, he was a good father," Kevin Brinson told the TV station.

Her mother, Claudette Leohmann, said Jordan was recovering but was very upset about the loss of her father, who was Leohmann's longtime boyfriend.

A call by The Associated Press to the local highway patrol station went unanswered Monday night.