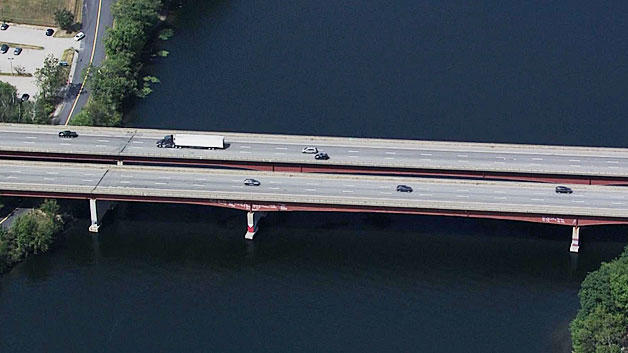 WORCESTER, Mass. — Police in Massachusetts say they're seeking surveillance video after a 7-year-old girl was kidnapped from her grandparents' home and survived being thrown from a bridge into a lake.

Worcester police are asking area business owners that have outdoor security cameras to review their footage. Police are seeking any video or images of a light-colored Saturn Ion.

Police say the girl was taken early Sunday by 35-year-old family friend Joshua Hubert. Investigators say she was put in a car, choked and then thrown into Lake Quinsigamond. The girl swam to shore in Shrewsbury and was later found.

A prosecutor said in court Monday that the 7-year-old showed up at a home in Shrewsbury around 4:30 a.m. "in pajamas soaking wet," bruised and with marks on her neck, reports CBS Boston. The injuries are not considered life-threatening.

Officials at the Fay School, a Southborough private school where Hubert worked, said Tuesday he was suspended indefinitely.