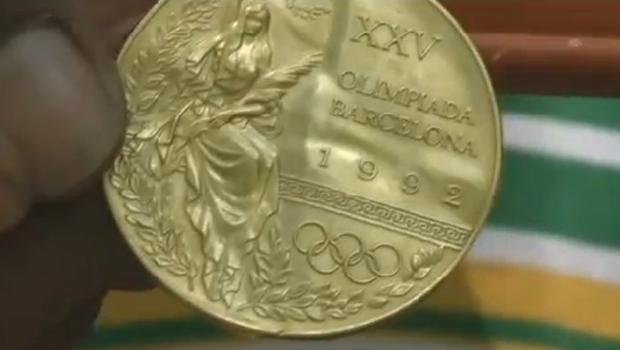 ATLANTA -- An Olympic champion is thanking a 7-year-old Atlanta girl who found his gold medal in a pile of trash weeks after it got stolen.

Joe Jacobi won the medal in men’s canoe double slalom at the 1992 Olympics in Barcelona. Jacobi says it was stolen when somebody broke into his car in June.

Weeks later, Chloe Smith was walking with her father when she spotted the gold medal discarded in a pile of garbage. Chloe returned the medal to Jacobi, who had posted about the theft on social media. The former Olympian then promised to visit Chloe’s school and let her classmates know about her good deed.

When the medal was first stolen, CBSaffiliate WGCL reported that Jacobi started a website called stolengoldmedal.com. He said he hopes to use the site to help other athletes who may have lost their medals or had them stolen.