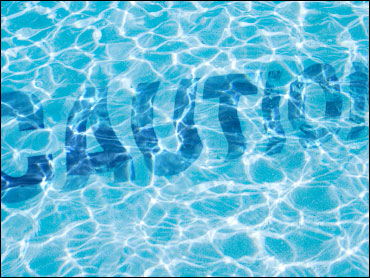 A 6-year-old girl has been hospitalized after a horrifying accident at a swimming pool, when she sat on an open drain and a powerful suction pump tore out part of her intestinal tract.

Abigail Taylor was injured in the wading pool on June 29, according to her family.

Her father, Scott Taylor, told WCCO-TV that the suction caused a two-inch tear in Abigail's rectum and pulled out much of her small intestine. Doctors had to remove the part of her intestines that remained, according to the family's lawyer, Bob Bennett.

Abigail remained in intensive care at Children's Hospital on Thursday and appears to be doing better, Bennett said.

She was to undergo surgery on Friday, Bennett said. "She'll receive her nutrition through a port for the rest of her life," he said.

Bennett said the swimming pool's drain hole was improperly uncovered. However, the general manager of the club where the pool is located told the St. Paul Pioneer Press he did not think anything was wrong with the pool. He referred questions to the attorney for the club's insurance company, who declined to comment.

Several states have passed pool safety laws after children drowned or were disemboweled by drain suction. North Carolina, for instance, requires pools to have dual drains to diffuse the force of the suction and prevent children from being trapped.