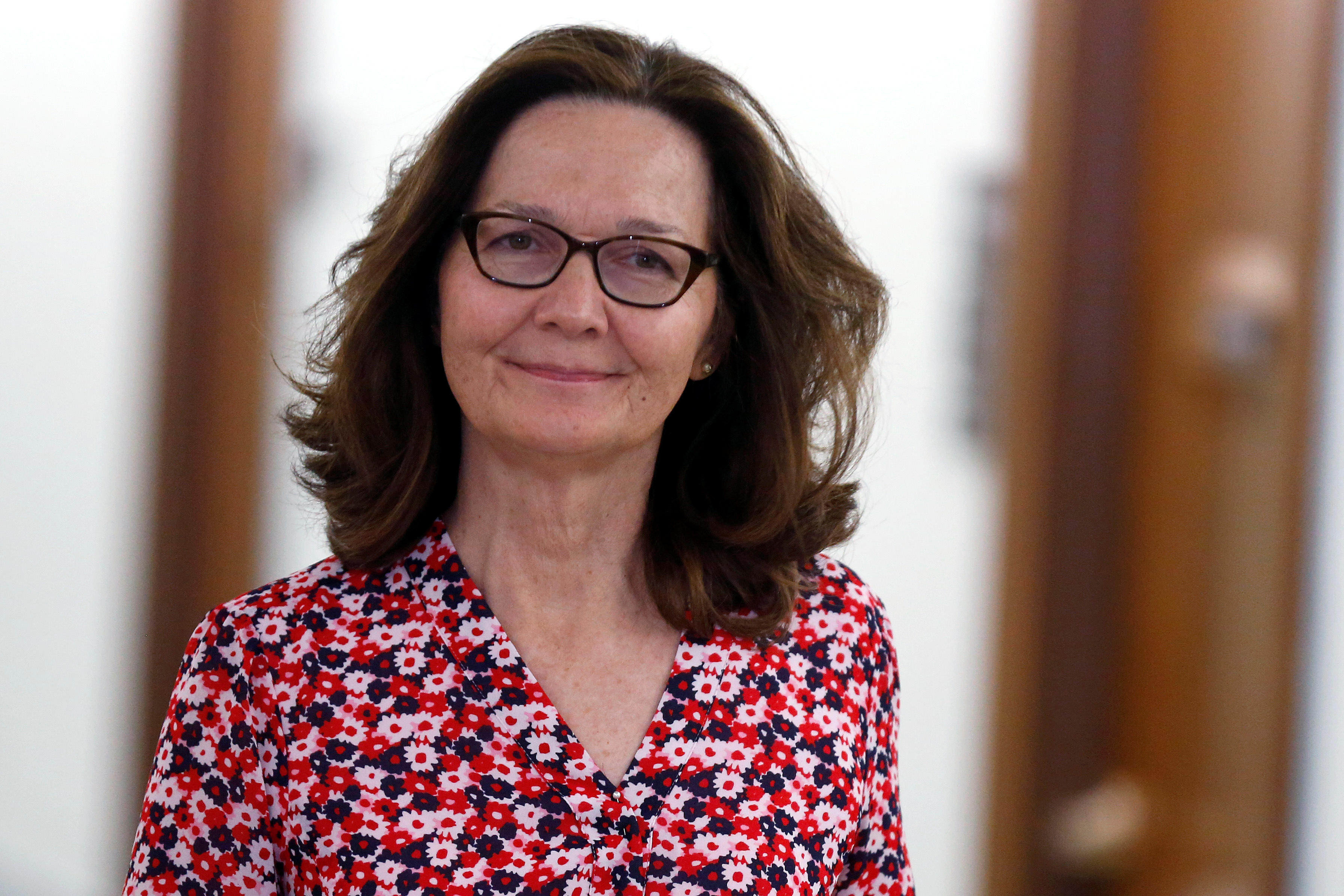 After serving more than 30 years undercover and in the shadows for the world's premier spy agency, Gina Haspel was greeted by dozens of clicking cameras Wednesday as she walked into the Senate hearing room where her nomination to be the next Director of the CIA was about to get underway.

Haspel appeared confident as she shook hands with each member of the Senate Intelligence Committee before taking her seat at the shiny mahogany table located in front of the committee panel.

Seated directly behind her was a cadre of supporters including Sue Gordon, principal deputy in the Office of the Director of National Intelligence, Charles Allen, a legendary former CIA senior official, and Susan Pompeo, the wife of former CIA Director Michael  Pompeo, who is now U.S. Secretary of State.

The hearing room was packed with an electric undercurrent running through it just prior to her arrival, protesters in the public section stood and shouted anti-torture slogans such as "Don't reward torture. Say No to Gina." They were forcibly removed by police.

"I had a knack for the nuts and bolts of my profession," Haspel said in her opening remarks. "I excelled in finding and acquiring secret information that I obtained in brush passes, dead drops or in meetings in dusty back alleys of third world capitals."

The 61-year-old Air Force brat from Kentucky said the CIA has been her life. "I know the CIA like the back of my hand," she said. "I know them, I know the threats we face and I know what we need to be successful in our mission."

But then Haspel addressed what she said she observed many in the country wanted to know about her views. "I can offer you my personal commitment clearly and without reservation that under my leadership on my watch CIA will not restart such a detention and Interrogation program," she vowed.

Haspel faced a tough grilling, fielding more than two hours of questions from senators scrutinizing her views on enhanced interrogation including waterboarding. They also inquired about her role in the destruction of videotapes of those enhanced interrogation sessions ordered by her boss at the time, Jose Rodriguez, who was head of the CIA clandestine service.

Haspel repeatedly pledged she would not follow an order that she found morally objectionable. "I would not allow CIA to undertake activity that I thought was immoral even if it was technically legal," Haspel said. "I would absolutely not permit it."

The soft-spoken Haspel seemed unflappable as she pressed the point that she did not believe the CIA should be in the interrogation business.

She was fiercely unwilling to criticize the CIA for use of waterboarding and other interrogation tactics that critics say amounted to torture. "I'm not going to sit here with the benefit of hindsight and judge the very good people who made hard decisions who were running the agency in very extraordinary circumstances at the time," Haspel said. Asked by Sen. Kamala Harris, D-California, whether she thought enhanced interrogation "worked," Haspel said that she didn't think it was "knowable."

"We got valuable information from debriefing of al Qaeda detainees," Haspel said. "I don't think it's knowable whether interrogation techniques played a role in that."

Following the two-and-a-half hour hearing, Haspel one by one quietly thanked her guests and supporters before moving on to the closed, classified portion of the hearing.

If confirmed by the full Senate to be the next director of the CIA, Haspel would be the first woman to lead the agency and the first operations officer in more than 50 years to take the helm.