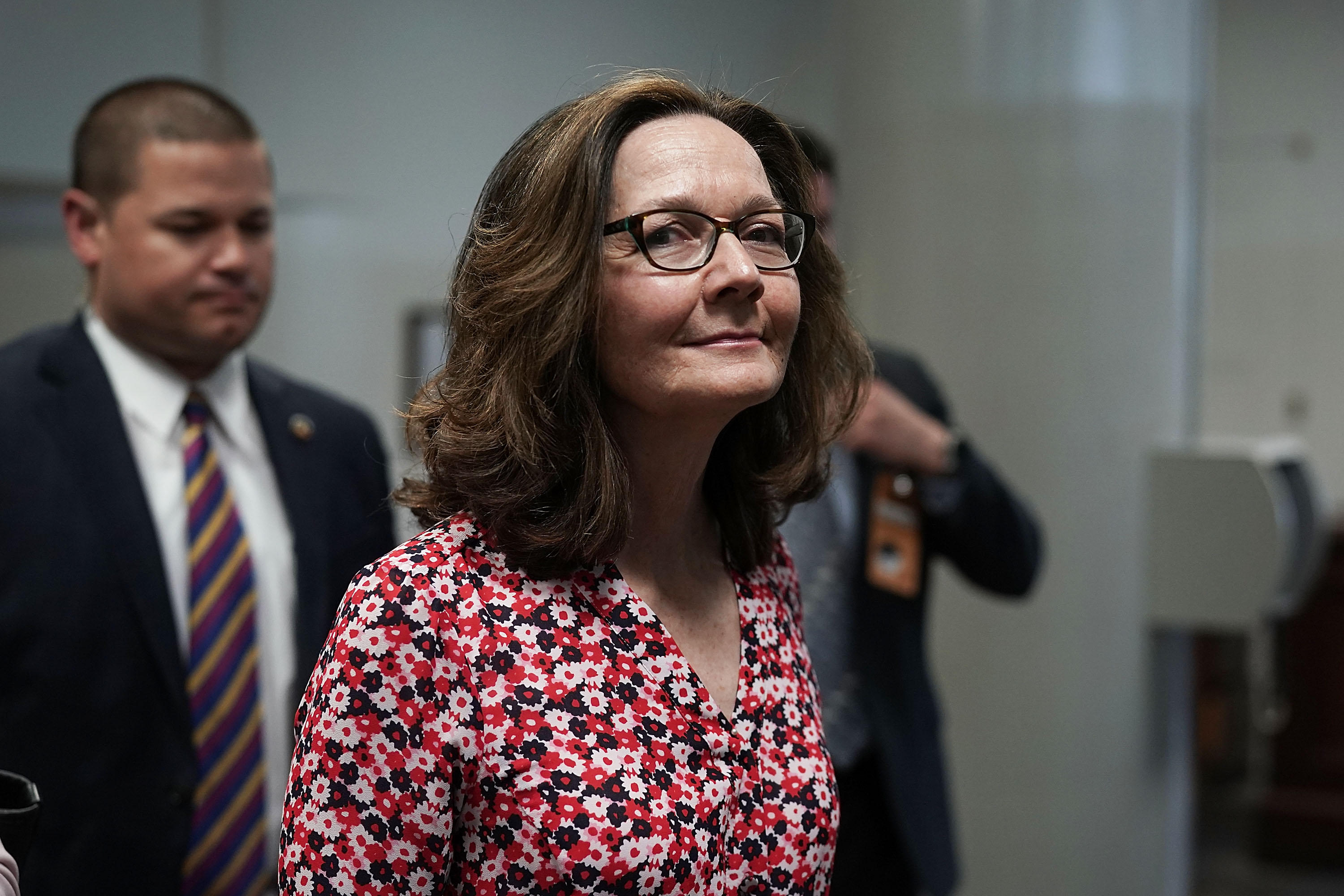 There is no shortage of current national security concerns – related to Iran, North Korea, Russia, China and other non-state actors -- about which senators will want to question Gina Haspel.

But in the run-up to her confirmation hearing to be CIA director, there's been an escalating debate about her involvement in the CIA's use of "enhanced interrogation techniques" -- considered torture by many -- in the aftermath of the 9/11 terrorist attacks. Senators questioning her Wednesday are going to want to know how much she knew, how involved she was, and how much she supported the program.

Haspel has also faced intense scrutiny for her role in helping order the destruction of dozens of videotapes documenting the interrogations years after they had concluded.

Here are eight questions senators on the Intelligence Committee are likely to raise on those topics during her confirmation hearing:

1. What level of involvement did she have in the implementation of "enhanced interrogation techniques" while managing a CIA "black site" in 2002?

Haspel, who arrived in October 2002, was not present at the time of Zubaydah's interrogation, but reports suggest she was there for al-Nashiri's. Beyond that, the extent of her involvement – including whether she was physically present, or an active participant, or whether she sought to stem or halt any practices – is classified, and publicly unknown. While Haspel is unlikely to answer this question candidly, Senators will likely press her for more than has been revealed to date.

2. Was she an enthusiastic supporter of the use of these techniques?

Official CIA records do not indicate whether Haspel was an advocate for implementing enhanced interrogation techniques -- but again, other records suggest she might have been. Recent reports in the Washington Post and New York Times cite officials who say internal CIA documents and chat records demonstrate that Haspel was a supporter of the program. But they also cite other officials who say she was no cheerleader.

While Haspel's supporters consistently point out that the program was authorized by President Bush, sanctioned by the attorney general and administration lawyers, and made known to relevant members of Congress, senators will want to know whether Haspel ever raised objections within the agency that certain measures could violate American values or international human rights laws.

3.  If she didn't object, resign or otherwise resist the implementation of these techniques, why not?

It is publicly unknown whether Haspel ever raised concerns to her superiors about the morality or legality of implementing the enhanced interrogation program; her critics point out that others at the CIA resigned in protest or, at a minimum, questioned the validity of the program. Senators will likely apply any response she gives to this question to the realities of the current administration – if she sees legal or ethical boundaries being crossed by the president or anyone else, will she speak up or not?

4. Does she believe enhanced interrogation was a reliable and effective way to get intelligence?

Haspel will have to provide either an especially nuanced or an especially blunt answer to this question, on which former CIA officials themselves have occasionally been divided. Some maintain that enhanced interrogation produced valuable, actionable and timely intelligence that created leads and saved lives. Others have openly questioned whether it was ever useful. The Senate Intelligence Committee's seminal report on the matter states conclusively, "The CIA's use of its enhanced interrogation techniques was not an effective means of acquiring intelligence or gaining cooperation from detainees."

The fact remains that the CIA implemented the program and, for a time, defended it.  Haspel will need to either repudiate part of her agency's past or defend a set of acts many senators found objectionable (and some, unconscionable).

5. Was she an advocate for destroying the 92 tapes documenting the interrogations of detainees? Did this constitute destruction of evidence?

For some senators, it was Haspel's involvement in the 2005 destruction of 92 videotapes -- some of which documented the interrogations -- while serving as chief of staff to then-director of the clandestine service Jose Rodriguez that constitutes a graver offense than her involvement in then-sanctioned interrogation techniques.

Last month the agency released an internal, eight-page disciplinary review memorandum clearing her of wrongdoing in the matter, arguing she drafted a cable at her boss's instruction and believed he would seek the approval of senior officials before giving the order. (The memo was written in 2011 by then-CIA Deputy Director Michael Morell, who is now a CBS News contributor and supports Haspel's nomination.) But senators may want to know if she personally believes the move constituted destruction of evidence, if she regrets that it was done, and if Rodriguez's explanation -- that he was protecting CIA officers who were identifiable on the tapes – was sufficient.

6. Did the CIA engage in selective declassification of her record?

One of the central criticisms Senators have lodged in the run-up to Haspel's confirmation hearing is that the CIA declassified only favorable and self-serving information about Haspel's biography and career -- while keeping more troublesome details secret.

In the days leading up to the hearing, Senators Harris, Feinstein, Heinrich and Wyden sent letters to both the CIA and later to the Director of National Intelligence urging them to, in the interest of transparency and the American public, declassify more about Haspel's background. They've made the argument that Haspel, herself, could choose to be more transparent during the public hearing -- but it's not at all clear Haspel will want to volunteer any more information about her background than has been provided in public and classified documents.

7. Can she stand up to President Trump?

This is likely to be a significant focus for many Democratic senators who were alarmed by President Trump's statement, made during the 2016 campaign -- "I would bring back waterboarding, and I would bring back a hell of a lot worse than waterboarding." The president's recent tweets criticizing Democrats for objecting to a nominee who was "tough on terror" was a signal, to some, that the president would not hesitate to institute questionable policies if he thought he had a willing director atop the CIA.

Haspel's supporters argue that the fact that she is a creature of the agency – apolitical and facts-focused – means she will not hesitate to be the adult in the room who tells the president what he needs to hear, not what he wants to hear.

8. If all the same realities that followed 9/11 became true again -- if there were a catastrophic attack on the U.S., followed by an order from the president to bring back these techniques, accompanied by the attorney general's approval and relevant briefings to Congress -- would she carry out the order?

In her private meetings with senators, Haspel has been saying that the CIA would never restart an interrogation program under her leadership. Her critics have countered that nominees will say anything to get confirmed, and that, though she had a number of opportunities to display moral fortitude over the course of her career, she opted not to – and is now banking on an empty and unpersuasive "good soldier" defense.  She's likely to say she learned a great deal from the experience and deny forcefully that the president could legally reinstitute waterboarding or other measures beyond those listed in the Army Field Manual.