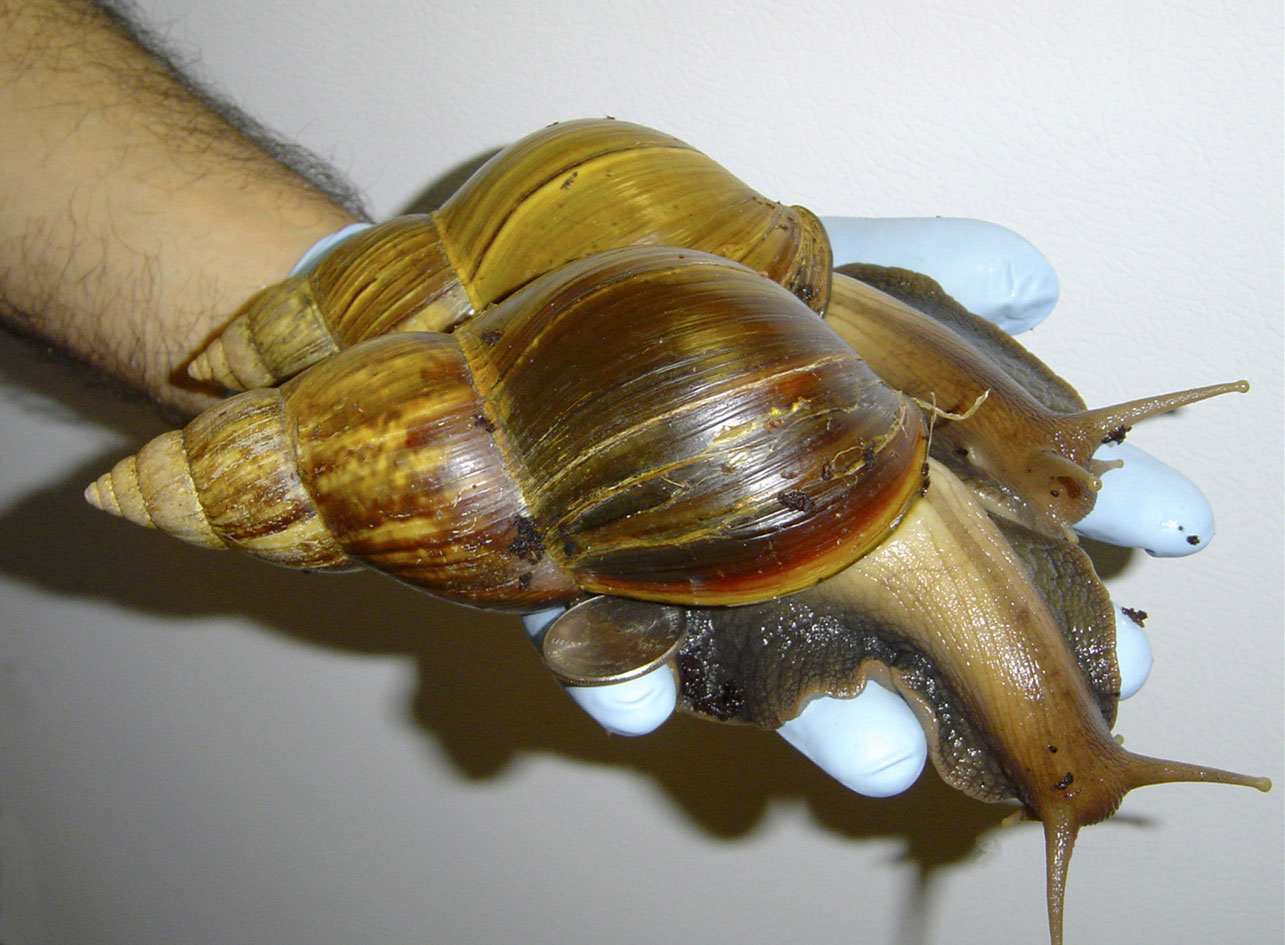 Snails are often seen slimy and slow, not destructive and creepy. However, that isn't the case for many South Florida communities.

Florida residents do not just have to worry about sink holes and pythons, but they are also currently being invaded by a growing population giant African land snails. And the critters are multiplying by the day.

The monstrous mollusk can grow to be as large as a rat, and has the ability to damage buildings by eating through thick plaster walls. They specifically like stucco because the material gives them calcium to build up their shells.

They also flourish in the area because they do not have any natural enemies to fend off, can easily attack many species of local plants and have been able to reproduce in huge quantities. One of these slimy giants can lay 1,200 eggs a year.

There have been 117,000 of these snails picked up in Miami-Dade County since they first noticed the infestation in September 2011.

Denise Feiber, a spokeswoman for the Florida Department of Agriculture and Consumer Services told Reuters that it is important to get these massive guys under control as soon as possible. The snails are not just a problem for the area's vegetation, but they are for the areas human population as well. These little buggers carry a parasitic lungworm that can cause meningitis in people.