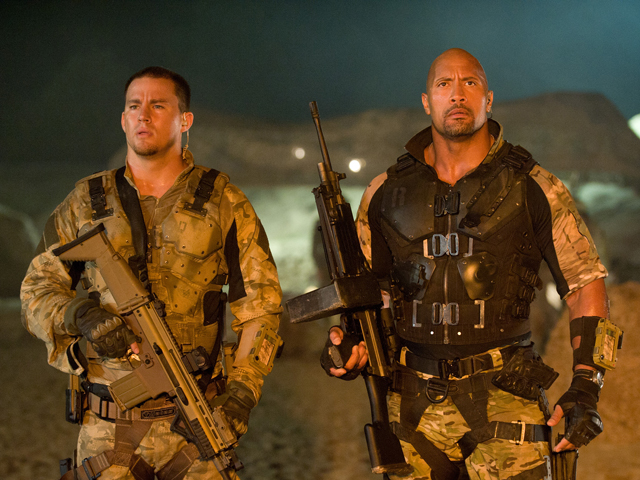 (CBS/AP) The June release date for "G.I. Joe: Retaliation" has been pushed back nine months by Paramount Pictures after another movie based on a Hasbro toy was trounced at the box office by "The Avengers."

Paramount on Wednesday pushed back the release of the "G.I. Joe" sequel from June 29 until March 29, 2013, to adapt the movie for 3-D screens, according to Paramount's executive vice president of publicity, Katie Martin Kelley.

The move comes after "Battleship," based on the Hasbro board game, debuted at No. 2 at the North American box office with a weak $25.5 million in ticket sales, behind the still-strong "Avengers," which brought in a whopping $55.6 million in its third weekend of release.

Action films often get most of their revenue from 3-D showings, which cost a few dollars more per ticket and can boost a movie's prospects to make its money back.

March has proven to be a big month for movies because there's a lack of big-budget competition, according to Paul Dergarabedian, president of the box office division of Hollywood.com. This March, "The Hunger Games" premiered on March 12 and went on to make $629 million worldwide.