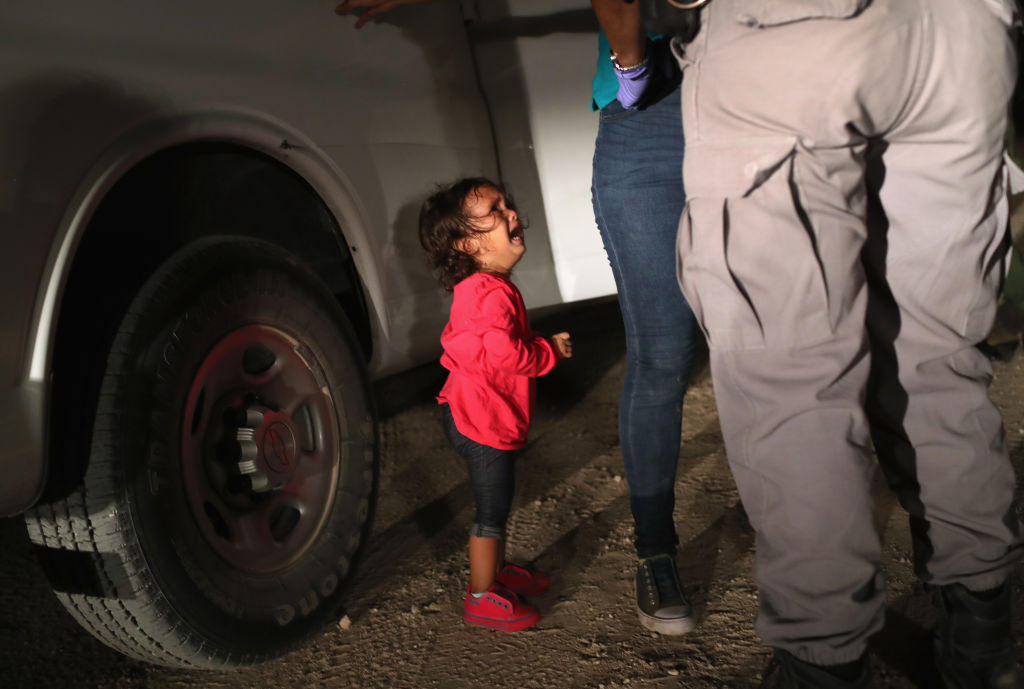 A Getty photographer has shared the story behind a viral image of an asylum seeker at the U.S.-Mexico border. John Moore said a Honduran woman and her 2-year-old daughter were taken into custody after crossing the Rio Grande from Mexico. He said they were expected to be transported to a U.S. Customs and Border Protection processing center.

"As a father myself, it was very difficult for me to see these families detained, knowing that they would soon be split up," Moore told Getty's FOTO of his recent ride-along with the Border Patrol. "I could see on their faces that they had no idea what was about to happen."

His viral photos showed the daughter crying as her mother was searched and detained on June 12. Moore said most of the families he photographed were scared to "various degrees."

"I doubt any of them had ever done anything like this before -- flee their home countries with their children, traveling thousands of miles through dangerous conditions to seek political asylum in the United States, many arriving in the dead of night," he told FOTO.

Republican and Democratic presidents have struggled with illegal immigration, but the Trump administration is the first to enforce a "zero tolerance" policy that has separated nearly 2,000 children from their families in the past several weeks as they go through the asylum process.

On Monday, Department of Homeland Security Secretary Kirstjen Nielsen defended the administration's new policy, despite widespread outcry over the treatment of children. Nielsen criticized the media and said children "are very well taken of."

She also blamed members of Congress, the press and advocacy groups for spreading "misinformation" about the family separation process. She said Homeland Security is simply "enforcing the laws passed by Congress" and that her agency would "not apologize for doing our job."