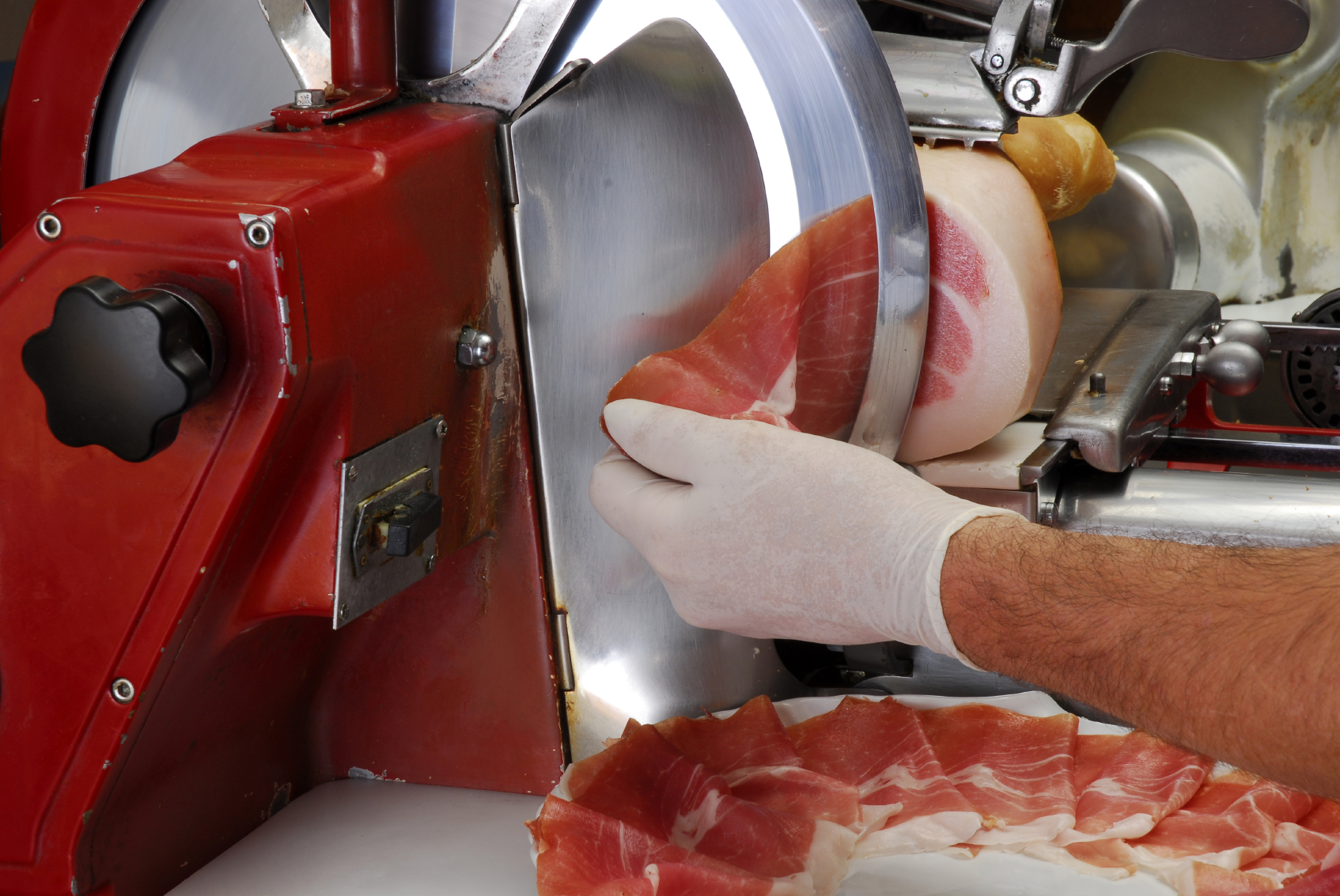 Ever stand there watching the deli clerk slice up a pound of meat or cheese for you, stomach growling, looking forward to that sandwich you'll make for lunch? It probably doesn't cross most peoples' minds to wonder how often a deli cleans its meat slicer, but a new report shows it could be cause for concern.

Researchers from the U.S. Centers for Disease Control and Prevention visited 298 randomly selected delis -- including chain, grocery store and independent locations in New York -- and found that about half don't clean and sanitize their meat slicers as often as the Food and Drug Administration (FDA) recommends.

The FDA sets the recommendations to prevent the spread of Listeria, salmonella, and other germs that can make people seriously ill, and in some cases lead to death.

Listeria contamination from sliced deli meats is a major cause of illness and outbreaks. Listeria leads to the third highest number of deaths from foodborne illness in the United States annually.

Making a meat slicer germ-free isn't as simple as running it through a dishwasher once a day. Fully cleaning one involves taking it apart, cleaning and sanitizing it every four hours, according to the FDA.

CDC Food Safety Program scientist Laura Brown, lead author of the research, which is published in the CDC's Morbidity and Mortality Weekly Report, told CBS News that she and colleagues interviewed deli managers about their cleaning policies and practices, interviewed workers, and made observations.

Chain-owned delis and delis with more customers and more slicers cleaned their slicing equipment more often, said Brown. Also, delis were more likely to fully clean their slicers more frequently if they had required managers to undergo food safety training, if their workers had received food safety educations, and if there were written slicer-cleaning policies.

"We do find that in general, chain restaurants and larger delis do tend to have better practices," said Brown.

"But I am surprised they got as good a result as they did," Farber, chief of infectious diseases at North Shore University Hospital in Manhasset, NY, and Long Island Jewish Medical Center, in New Hyde Park, told CBS News.

Farber said he is more concerned about fresh produce when it comes to the spread of foodborne illnesses.

"Fresh fruits and vegetables are probably more risky to the average person than processed meats when it comes to food poisoning and that probably also applies to Listeria."

There isn't good quality control when it comes to how those fruits and vegetables have been irrigated, he explained. "They are irrigated and fertilized with water often contaminated by animals or sewage and they are not washed as vigorously as they often should be before eating," Farber said, noting that some produce, such as strawberries, are harder to clean than others.

The authors recommended in the report that states and localities should require deli manager training and certification, following the FDA's Food Code, and consider encouraging or requiring delis to post written policies on meat slicer cleaning.

But the upshot is not for people to avoid their beloved corned beef on rye or Italian sub at their local "Mom and Pop" deli -- just consider asking about their cleaning policies.

"They might want to ask when was last time the food slicer was cleaned, and do they have a food safety manager?" said Brown.