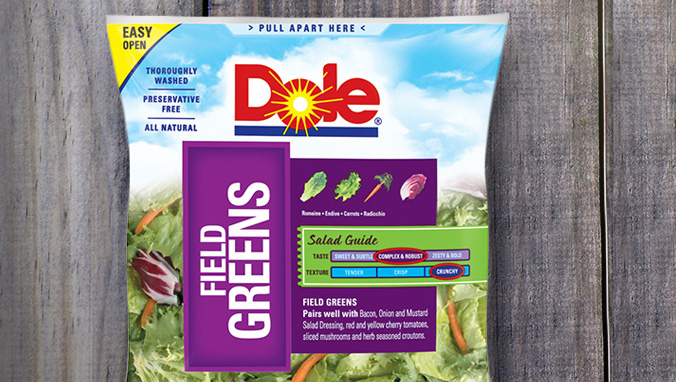 The Centers for Disease Control and Prevention said one person died and about a dozen others were sickened from a listeria outbreak linked to packaged salads made at a Dole processing facility.

The salads were made in Springfield, Ohio, the CDC said. Illnesses were reported in six states: Indiana, Massachusetts, Michigan, New Jersey, New York and Pennsylvania. Those sickened ranged in age from 3 to 83 years old, and included one woman who was pregnant.

The CDC said the packaged salads made by Dole are the likely source of the outbreak. The salads are sold under a number of different brand names, including:

The manufacturing code on the package starts with the letter "A," as seen at left.

The CDC says customers should not eat those products.

Dole stopped all production at the Ohio facility on Thursday, the CDC said.

The link was determined through testing by the Ohio Department of Agriculture which identified listeria in a package of Dole brand Field Greens packaged salad from a retail location.

Symptoms of listeria include fever and muscle aches, sometimes preceded by diarrhea or other gastrointestinal symptoms. The CDC says it can be especially serious in pregnant women, raising the risk of miscarriage, stillbirth, premature delivery, or life-threatening infection of the newborn. Adults 65 and older, and people with weakened immune systems, are also especially vulnerable.