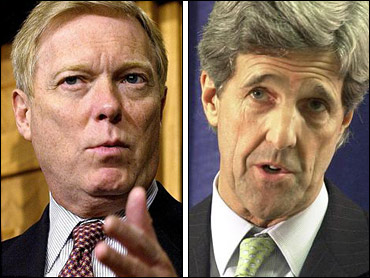 The announcement is expected Friday at 10 a.m. in Warren, Michigan. Gephardt will then join Kerry for a day of campaigning through Michigan on the eve of the state's Democratic primary on Saturday.

Gephardt ended his own presidential campaign after being soundly beaten by Kerry in the Iowa caucuses, a contest Gephardt won in 1988 and which he staked his candidacy on this year.

Kerry went on to score a resounding win in this week's primary in Gephardt's home state of Missouri.

In an election where endorsements have shown little sway over voters, nearly all of the Democratic campaigns have sought the backing of Gephardt, the influential former House minority leader.

This is the latest big endorsement for the Massachusetts senator. Earlier Thursday, former U.S. Sen. George Mitchell of Maine and Maine Gov. John Baldacci announced their support for Kerry.

And on Wednesday, the 1.3 million-member American Federation of Teachers endorsed Kerry as well.