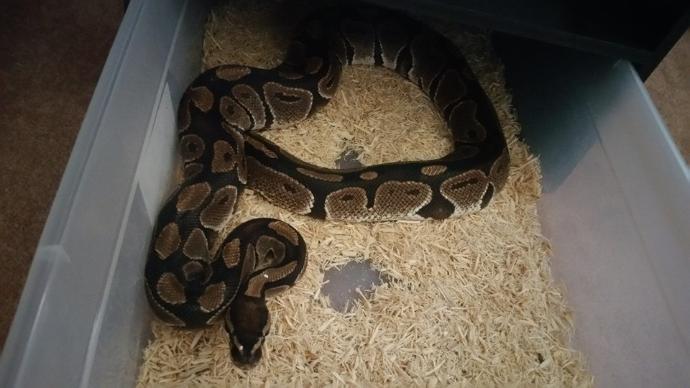 HEPHZIBAH, Ga. -- In a real life version of the children’s reader “Snakes Alive!”, state wildlife officers are searching for 14 pythons in an east Georgia subdivision after a woman reported that someone let the pet snakes loose.

Jacqueline Heim told authorities the snakes were in secure cages. She suspects someone set them free deliberately this week.

Heim tells CBS affiliate WRDW-TV the ball pythons are not harmful. Ball pythons, sometimes known as royal pythons, are so named because their key defense against predators is to roll up in a ball.

Heim told WRDW she is upset.

“Oh I’m very upset. I had my few hours of tears already over my snakes. I’m not sure if I’m going to get them back,” she said.

“It’s a different kind of pet, but you do grow attached to them. You do grow affectionate for them,” she said.

But neighbors like Shekelia Wilcher are on edge. Wilcher tells WJBF-TV that young children in the neighborhood wait for their school bus and “one might just crawl up on them.”

Thursday evening, Heim told WRDW that the Department of Natural Resources said that the person accused of releasing the snakes has been interviewed.

That person told DNR the two pythons authorities already apparently found were the only two he released in the area. He told DNR the others were released in an unpopulated area off I-20 in South Carolina, according to Heim.

According to Hein, even if she doesn’t want to press charges, DNR still has to handle any lawbreaking.

The neighborhood is in Hephzibah, about 15 miles south of Augusta.