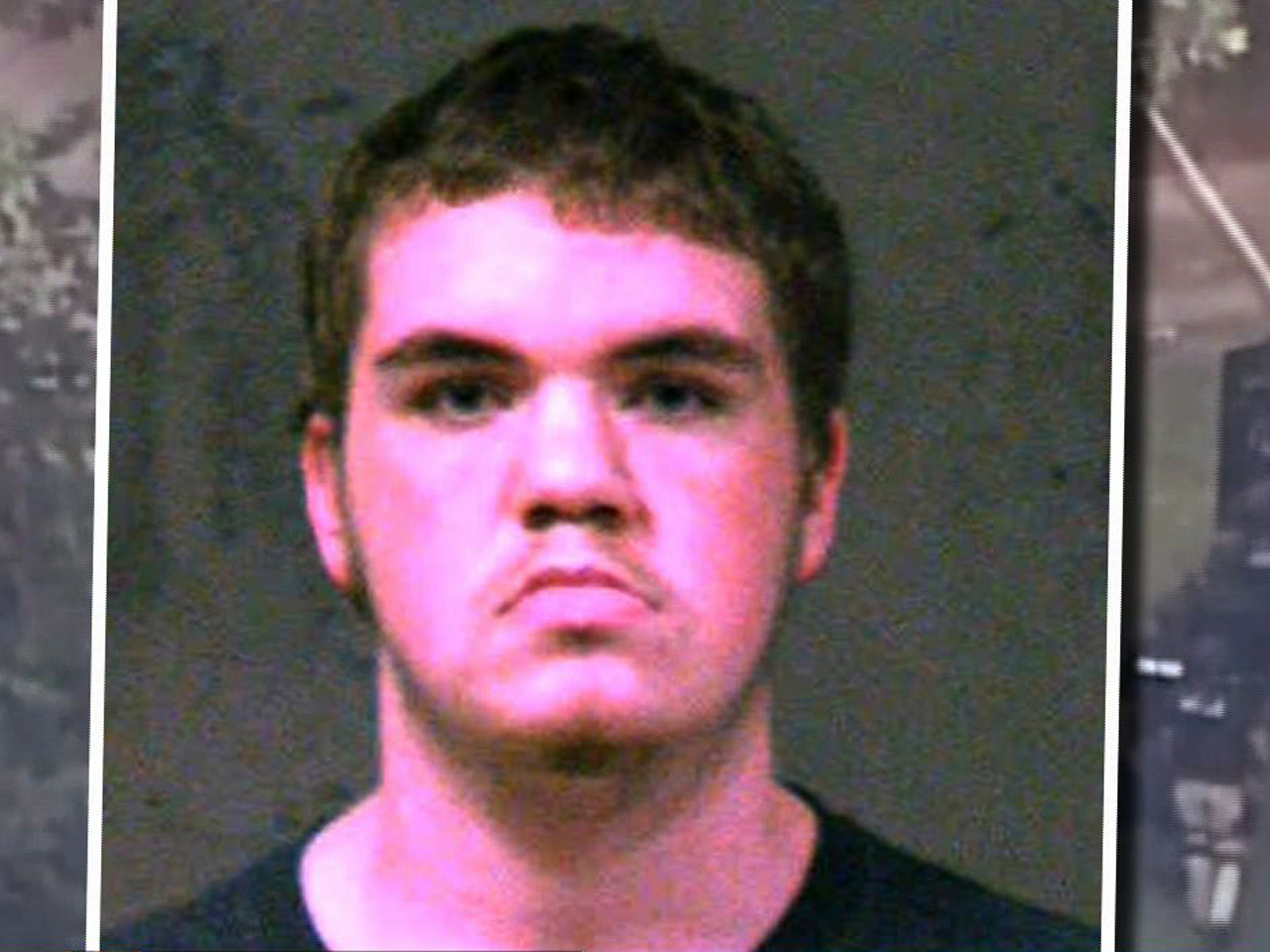 (CBS/AP) DECATUR, Ga. - A suspected school gunman directed a school employee to call a news station Tuesday, requesting news crews to come to the school and "start filming as police die," a WSB-TV assignment editor said on the station.

Authorities say 20-year-old Michael Brandon Hill slipped into the elementary school armed with an assault rifle and other weapons Tuesday and fired shots before being arrested. No one was harmed.>

About 800 students in pre-kindergarten through fifth grade were evacuated from Ronald E. McNair Discovery Learning Academy in an Atlanta suburb after Hill broke in and held one or two staff members captive, authorities said.

DeKalb County Police Chief Cedric L. Alexander said the suspect made one of the staff members call a local TV station. As officers swarmed the campus outside, he shot at them at least a half a dozen times with an assault rifle from inside the school and they returned fire.

Hill then surrendered. No one was injured.

Speaking on WSB-TV, Lacey LeCroy, an assignment editor for the station, said she received a call from the front desk saying they were transferring a call from a woman in a school office with a gunman.

"I asked her why she was calling, and she said he wants me to give a message to Channel 2," LeCroy said. "He wants Channel 2 to come here."

LeCroy said she told the woman, identified only as Antoinette, to tell the gunman news crews were already on their way. When LeCroy asked why he wanted the crews, "She said he wanted us to start filming as police die," LeCroy said.

The gunman also relayed a message through the woman to LeCroy, requesting that she tell police to "back up."

LeCroy said she heard gunshots towards the end of the call and a long period of silence from Antoinette, though she knew the line was still open. "I was so worried for her," LeCroy said.

Later, she said, Antoinette came back on the line to say, "They got him, they got him."

LeCroy said she never heard the gunman in the background.

The gunman had another message she wanted Antoinette to relay, LeCroy said -- that he wasn't afraid to die.

In an interview on ABC, the hostage, Antoinette Huff, said the suspect told her he hadn't taken his medication.

She told him her life story, about how her marriage fell apart after 33 years and the "roller coaster" of opening her own business.

Then Tuff said she asked the suspect to put his weapons down, empty his pockets and backpack on the floor.

"I told the police he was giving himself up. I just talked him through it," she said.

She told WSB-TV that she tried to keep Hill talking to prevent him from walking into the hallway or through the school building.

"He had a look on him that he was willing to kill - matter of fact he said it. He said that he didn't have any reason to live and that he knew he was going to die today," Tuff said.

Hill told her he was sure he'd be killed because he'd shot at police officers. "I knew that if he got out that door he was gonna kill everybody," she said.

A father to one of children in the school said he almost cried as he told his supervisor why he needed to leave work to go to his daughter's school.

"Just the mere thought of what happened at that other elementary school happening here, it was just devastating to my soul," he said, referring to the Sandy Hook Elementary School massacre in Connecticut in December that left 26 people dead, 20 of them children.

He wasn't the only one whose thoughts went to that shooting that has dominated arguments over gun control in the U.S.

"I thought it wasn't going to be all right," said his 10-year-old daughter, Dyamond, a fifth-grader. "I thought he was going to come into the building and hurt everybody like what happened at the other school."

Hill is charged with aggravated assault on a police officer, terroristic threats and possession of a firearm by a convicted felon. Police questioned him for hours at headquarters. There was no information on a possible court date.

Alexander said police were unsure of Hill's motive and that Hill, who had an address listed in court records about three miles from the school in Decatur, had no clear ties to the school.

A woman answering the phone at a number listed for Hill said she was his mother but that it wasn't a good time and rushed off the phone.

Other parents also feared the worst for their children. "I was terrified," said Romaine Hudson as she clung to the hands of her 6-year-old and 8-year-old daughters, both of whom are students at the school. "The only thing I could think of when I first heard of this situation was Sandy Hook."

Authorities believe Hill must have walked in behind someone authorized to be there, Alexander said. He never got past the front office, where he held one or two employees captive for a time.

Dramatic television footage showed lines of young students racing out of the building with police and teachers escorting them to safety. They sat outside in a field for a time until school buses came to take them to their waiting parents and other relatives at a nearby Wal-Mart. As each bus arrived a couple hours later, cheers erupted in the store parking lot.

Rufus Morrow was one of those parents and held his 10-year-old daughter close to him during an interview after the two were reunited.

"My stomach was in my throat for the whole time until I saw her face on the bus," he said.

His daughter, a fifth-grader, told The Associated Press that a voice came over the intercom saying school was under lockdown and instructed students to get under tables. She said her teacher told the class to sing and pray.

"There were a lot of girls crying, I was feeling scared but I didn't cry. I was just nervous," she said.

Complicating the rescue, bomb-sniffing dogs alerted officers to something in the suspect's trunk and investigators believe the man may have been carrying explosives, Alexander said. Officials cut a hole in a fence to make sure students running from the building could get even farther away to a nearby street, he said.

Students at the school arrived Wednesday morning at nearby McNair High School, where they would attend classes for the time being.