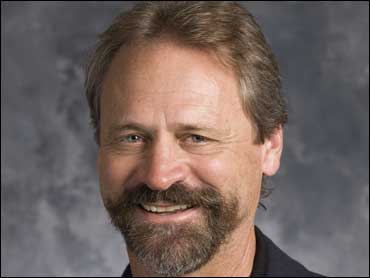 (AP Photo )
George ZinkhanATLANTA (CBS/AP) New revelations emerged today in the case of George Zinkhan, 57, the Georgia University Professor who shot his wife, her apparent lover, and an innocent bystander. Zinkhan had secretly taped conversations he had with his wife, police believe, in an attempt to gather evidence for divorce. He killed her instead on an April 25th rampage that set police on a two week manhunt.

The search ended when cadaver dogs found his body in a shallow grave he had dug for himself in the woods of north Georgia not far from his home. He had put a bullet in his own head.

In a search warrant application, Sgt. Christopher Nichols wrote that he thinks Zinkhan "was initially gathering evidence for a divorce from Marie Bruce" and that "the murders were the result of continued contact between Marie Bruce and Thomas Tanner."

Bruce, 47, was Zinkhan's wife and Tanner, 40, was a Clemson University economist she was apparently seeing. Police have said Zinkhan appeared to target Tanner. The third victim, Ben Teague, 63, was in the wrong place at the wrong time, authorities have said.

The three were members of a local theater group gathered the day of the shootings for a reunion at the Athens Community Theater, a short distance from the UGA campus.

The search warrant applications and inventories from the searches of various locations - including Zinkhan's home, his office at UGA and his Jeep - were obtained Wednesday by the Athens Banner-Herald newspaper.

Police had not previously released a motive for the killings but said Zinkhan and Bruce were having "marital difficulties" and had received marriage counseling. A search warrant application indicates that Marie Bruce removed her name from the couple's joint bank account in February.

A digital voice recorder found in Zinkhan's university office had a recording that "seemed to be a covert recording between George Zinkhan and Marie Bruce," Nichols wrote. "The substance of the recording was concerning Marie Bruce's affair with Thomas Tanner."

Documents on a desktop computer in the office also indicated he knew about the affair, Nichols wrote.

A document on one computer in Zinkhan's office "spoke about Zinkhan wanting to rebuild his relationship with his wife."

Authorities have said Zinkhan left his two young children in his red Jeep Liberty during the shootings. He was last seen dropping them off at a neighbor's house soon after, saying there was an emergency.

Authorities launched an international manhunt, fearing he might try to flee to Amsterdam, where he taught part-time, but his Jeep was found about a week later, crashed in a ravine in a rural wooded area not far from his home, and his body nearby a week after that.

In the Jeep were Zinkhan's wallet containing $51, his passport, a laptop computer, a BlackBerry, $1047.77 in cash shoved into the pockets of a bag, and six spent shell casings from a .38-caliber revolver, according to a search inventory. Documents with "information of Thomas Tanner" were also found in the Jeep, Nichols wrote.