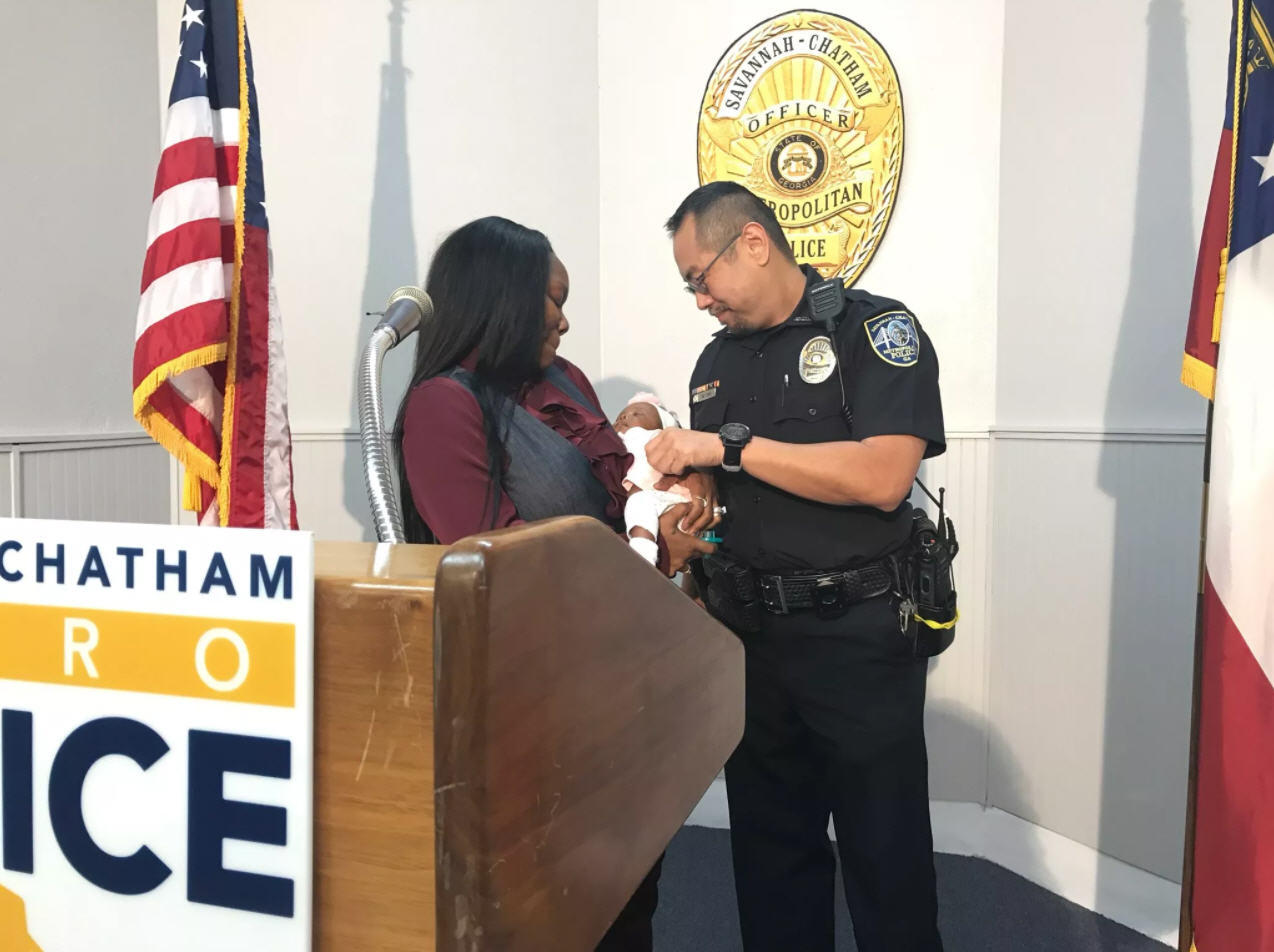 SAVANNAH, Ga. -- Savannah police are crediting an officer with saving the life of a choking newborn baby by racing to her apartment and then using chest compressions to restart the infant's breathing. Dramatic video from an officer's body-worn camera shows the infant's desperate mother, Tina Adkins, holding her unresponsive 29-day-old baby Friday.

"I stopped and I turned her to my face and saw her eyes open and she started moving," Eng said. "I was so relieved."

When Bella began choking, she turned beet red and also blue, her mother recalled in an interview with the Savannah newspaper.

Eng did not hesitate to come to the family's aid, said his supervisor, Savannah-Chatham police Sgt. Phillip Collard. CBS affiliate WTOC-TV writes that Eng did compressions for about a minute before Bella opened her eyes.

"Because of his compassionate and quick response, he saved the life of this little girl," Collard said.

WTOC-TV reports that Monday, Eng and Bella were reunited at police headquarters during a recognition of his actions.

The Savannah-Chatham Metro Police Department posted the bodycam video on its Facebook page Monday -- and has been viewed more than 40,000 as of Tuesday morning.