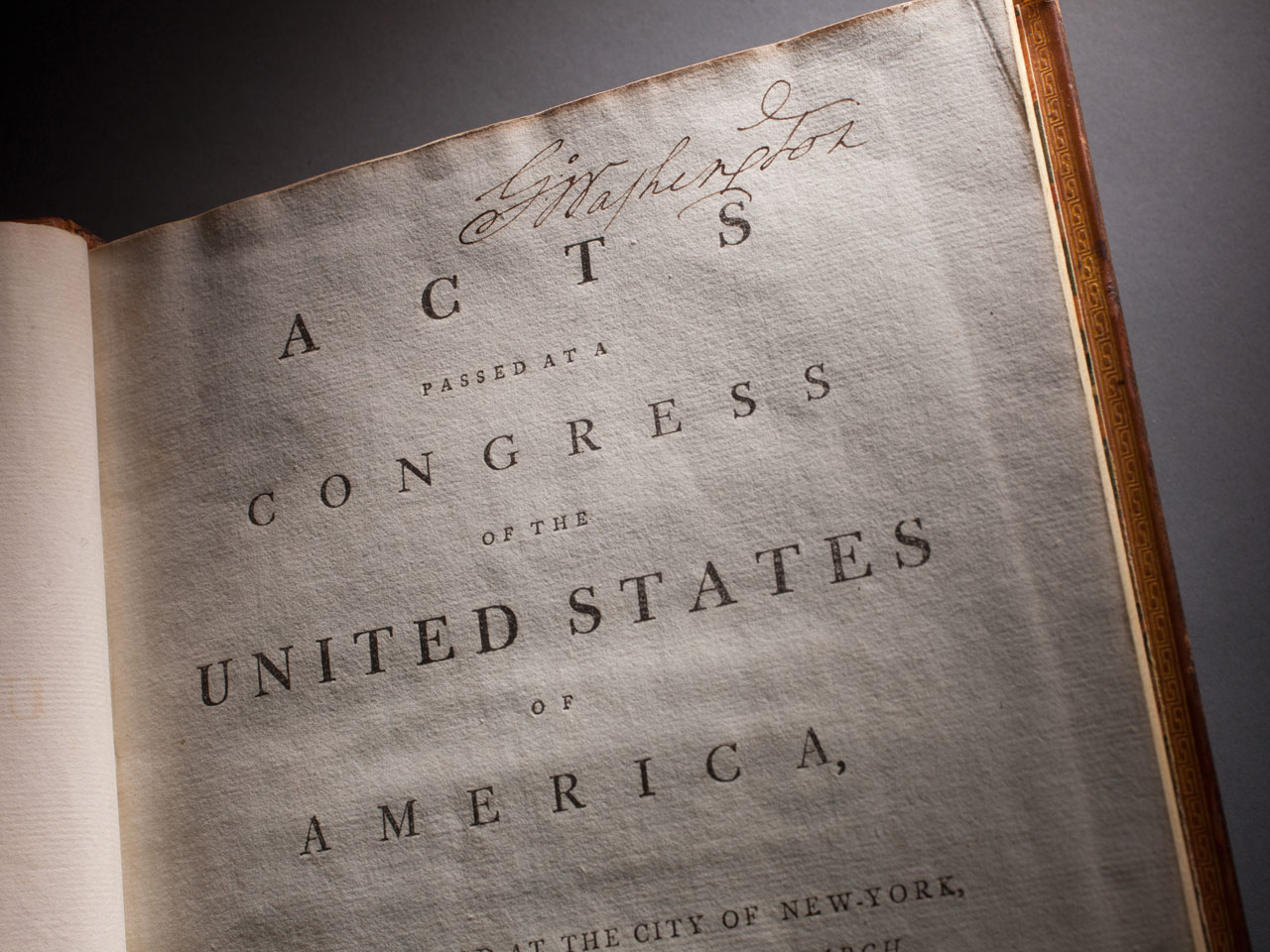 The Mount Vernon Ladies' Association paid $9.8 million this summer to obtain the book, which has "President of the United States" on the cover and has handwritten notes and brackets by Washington around key passages outlining the president's responsibilities.

Mount Vernon put the book on display Monday in its museum on the estate grounds.

The notes themselves are not especially profound. Washington bracketed sections of the Constitution that pertained directly to his powers as the first U.S. president, including his veto power and his duties as commander in chief and his responsibility for negotiating treaties and appointing ambassadors.

He wrote the word "required" next to the text in article II stating that the president "shall from time to time give to the Congress information of the State of the Union."

While some Founding Fathers like John Adams and Thomas Jefferson were inveterate scribblers, Washington rarely wrote in books except to place his signature on the cover page, said Carol Borchert Cadou, Mount Vernon's senior curator and vice president for collections.

Washington was a man of few words - his second inaugural address remains the shortest of all presidents. The notations show that Washington looked closely to the Constitution as his guide for assuming his duties, she said.

"He's noting what his responsibilities are as president," Cadou said.

The auction price broke records for an American historical document. The hardcover book was printed in 1789 and given to Washington shortly after he took office. He brought it back to Mount Vernon after completing his second term, and records show it was willed to Washington's nephew, Bushrod Washington. At the time of Washington's death, it was listed in an inventory of records as part of a seven-volume set worth $28.

It remained in the Washington family until it was sold at auction in 1876. In 1964, the last time it went up for auction, collector H. Richard Dietrich Jr. bought it for $64,000.

"To Mount Vernon, this volume is priceless," Cadou said.

Also going on display at the estate's museum is Washington's first draft of the Constitution, on loan from the National Archives.

The items will be on display at Mount Vernon through Washington's birthday in February.