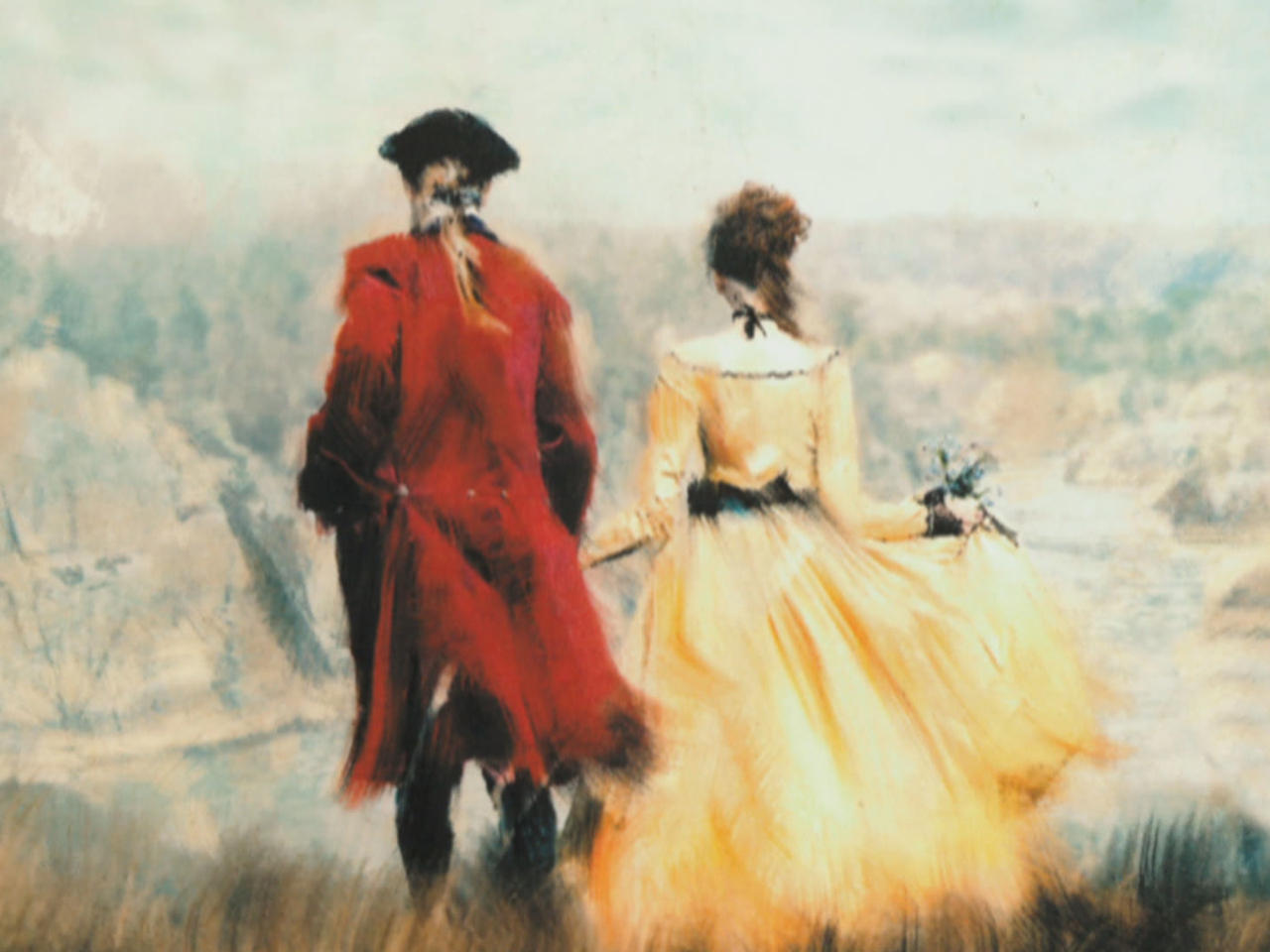 When it comes to the familiar portrait of the "Father of Our Country," the model of virtue and resolve who could not tell a lie … maybe we didn't get the whole picture.

"He stroked the side of her face. He felt her shiver. … He felt her relax in his arms, soften…"

It turns out a few years before Martha, there was Mary.  In her debut novel, "Dear George, Dear Mary," author Mary Calvi writes of George Washington's first love, Mary Eliza Philipse, one of the wealthiest women in the colonies. Her family owned a quarter-million acres of land along the Hudson River.

"Why has she been forgotten? In the 1800s, she's written in every book there is that I could find about George Washington," Calvi said, "and yet since then, I feel like she's sort of been left out of history."

Calvi wants to put her back, with a love story that begins in 1756, as the newly-minted French and Indian War hero, Col. Washington, is passing through New York. He stops for a party in his honor, possibly at Philipse Manor, a mansion in Yonkers, where he meets the heiress who lives there.

"George Washington was a stud back in the 1700s, are you kidding?" Calvi replied. "Women wanted a touch of him, is what was said."

But Washington's sense of duty to the King of England trumped Cupid. To visit the love of his life, Washington wrote numerous times to his commanders requesting time off – he was denied every time.

When Mary married a British officer, Roger Morris, two years later, Washington quit his command – perhaps, according to Calvi, changing the course of history. "They really took away his freedoms to be able to follow his heart," she said.

It's a story that has long fascinated Calvi, who – like Mary Philipse – grew up in Yonkers, and where she's the first lady, married to Mayor Mike Spano.

"When my husband was inaugurated as mayor, I asked the question, 'Isn't it true that George Washington once courted the heiress who lived here?'" Calvi said. "It was urban legend. And when they couldn't find the answers and substantiate that story, I said, 'Well, let me try to research it on my own.'"

For 3½ years, Calvi sorted through thousands of letters, publications and journal entries, in her spare time, since she already had a day job. [Calvi is an anchor at WCBS in New York City.] "This is not what I do for a living," she said. "So, I had all of the research done and I thought, well, let me just give it a shot."

She wanted her work of fiction backed up by as many facts as she could find, though she didn't always like where those facts took her, like to the Morris-Jumel Mansion in Harlem. In 1776, 20 years years after George and Mary's relationship failed to blossom, Washington – now a general – was fighting, outmanned and under-resourced, to keep the British from advancing into Manhattan. The mansion, perched on the highest point in the city, made a perfect headquarters.

And the mansion was owned by none other than Mary Philipse.

Axelrod asked, "Where was Mary Philipse when George Washington decided to move in?"

"That's such a good question – that's what I went into the documents to try to figure out," Calvi said.

Things were getting even more complicated for both Marys – Philipse and Calvi. The author knew that Martha Washington was back to Virginia for her own safety, and that Philipse's husband was in England.

No one knows for sure where Mary Philipse was … but Calvi had an idea: "She wasn't upstate with her sister, and she wasn't in Yonkers with her brother. So, it is possible that George Washington moved into a mansion in Harlem in which his first love was living at the time."

"George Washington is living in a bedroom down the hall, using this as his office, at the same time that his first love may very well be living in this house?"

Historian Richard Brookhiser, one of the world's pre-eminent George Washington scholars, confirms George and Mary Philipse were an item in 1756. But he says, while it's possible they shared a house during the war, "We don't have any evidence of it.

"I think [Calvi] has found a possibility for a good work of fiction," said Brookhiser. "Until we find some letter – 'Dear Mary, you know, so nice to see you after so many decades' – it's not going to enter the historical record."

"Not saying it didn't happen, just saying we can't say it did happen," Axelrod said. "There are rigorous standards for something to enter the historical record."

"And this doesn't get over that bar?"

"Not yet," said Brookhiser. "We can still look."

Still, as we mark the 287th birthday of George Washington, Mary Calvi has a story that seeks to liberate the historical figure from the marble that so often encases his legacy.

"Because you didn't want to be the one suggesting that George Washington, the 'Father of Our Country,' was carrying on?"

"Well, because I'm the first one to say it! There's something really uncomfortable about that for me."

"Night turned to dawn. She had fallen asleep in his arms. The last small flame was burning out in the hearth. He walked over to the fireplace, placed white birch logs into it, and waited to be assured the glow did not go dark."