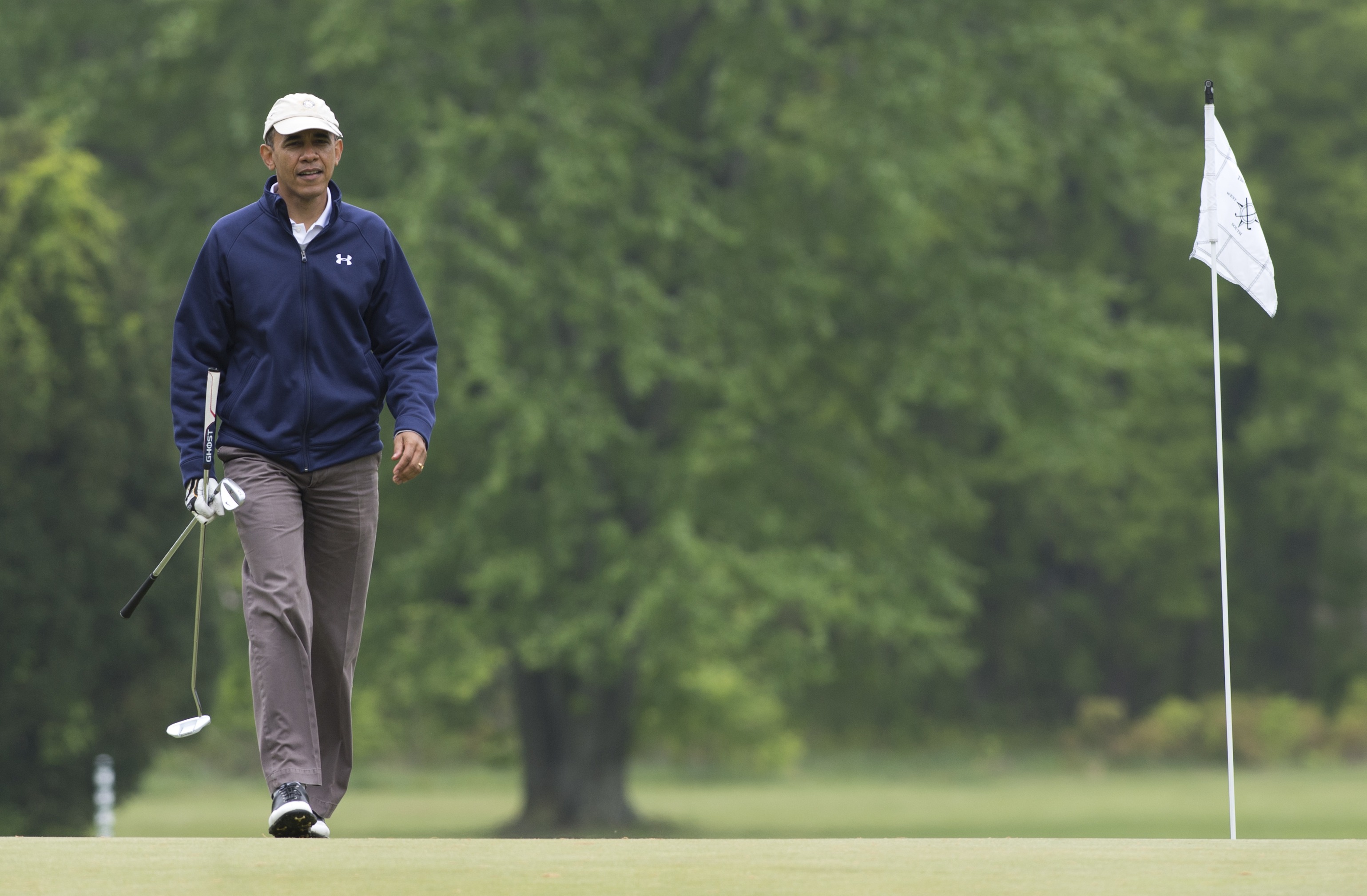 "I see our president criticized for playing golf. I don't. I think he ought to play golf," Bush said in an interview to air Monday night on the Golf Channel.

"I know what it's like to be in the bubble. I know the pressures of the job, and to be able to get outside and play golf with some of your pals is important for the president. It does give you an outlet. ... I think it's good for the president to be out playing golf."

Mr. Obama played his 146th round of golf this past Saturday, according to CBS News' Mark Knoller.

President Bush later explained that he stopped playing golf out of respect for the families of Americans killed in the war in Iraq.