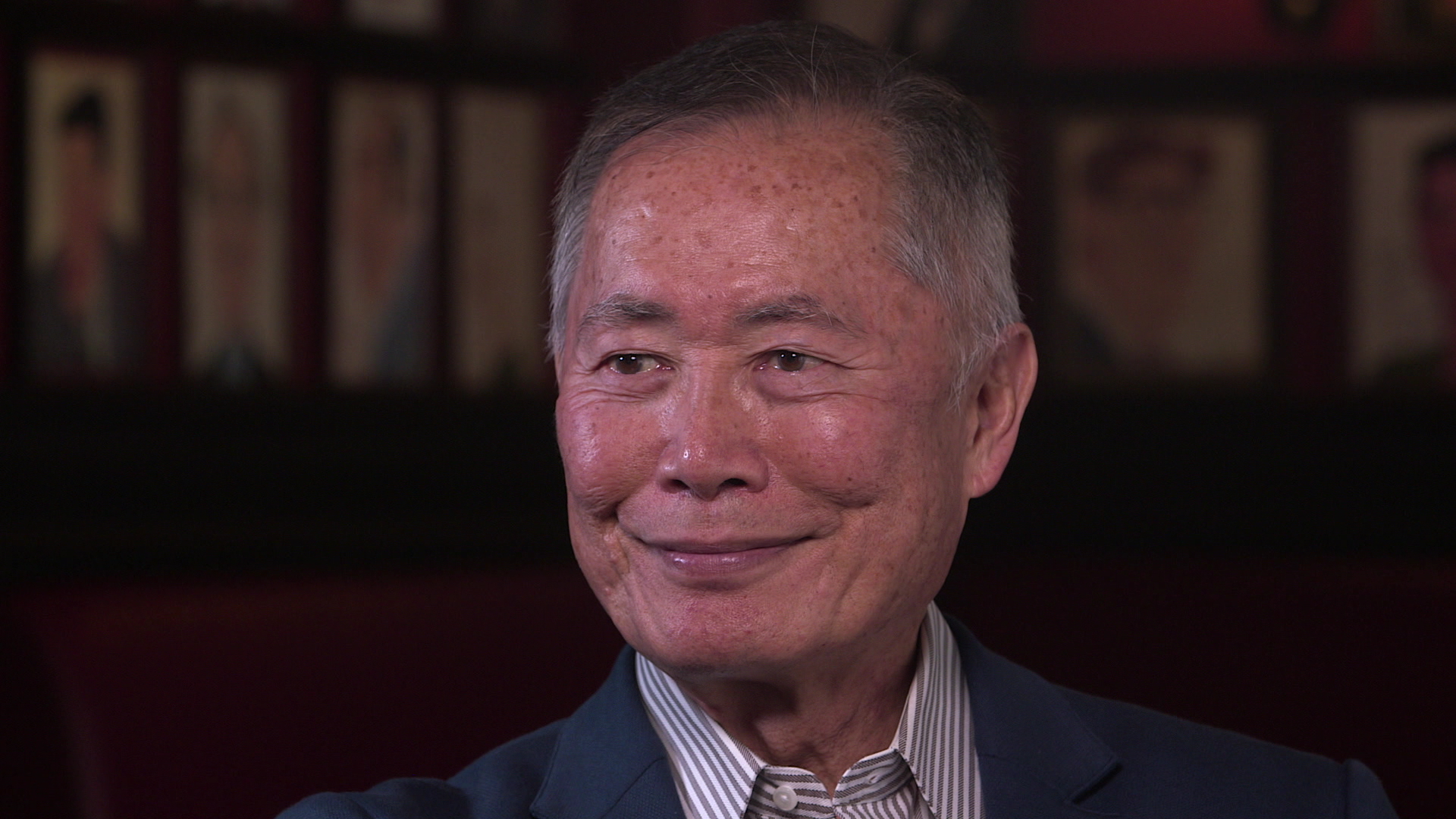 NEW YORK -- When a new sign went up on the marquee of Broadway's Longacre Theater last week for the musical "Allegiance," George Takei's name was right there at the top.

"It feels glorious," he coninued. "I wish my father were here to see his surname up there on that marquee," he continued. "I think he would have been very proud. Not only because I'm his son. But it's his story being told."

"Allegiance," which opens in October, tells the story of the more than 100,000 Japanese Americans imprisoned in camps after Pearl Harbor.

"I'd just turned five when the soldiers came to order us out of our home," Takei recalled.

His California-born parents and their three children were sent to Arkansas, where they spent four years during World War II.

"I remember the barbed wire fences, the sentry towers with the machine guns pointed at us," he said.

Even after he was released at the end of the war, Takei said, "My teacher continually referred to me as 'the Jap boy.'"

As an actor, he came to be known by another name: Mr. Sulu, on the 60's TV series "Star Trek" and its movie sequels.

These days, Takei is a social media superstar, with almost nine million Facebook fans and 1.6 million Twitter followers. It started when he wanted to promote the musical.

"At that time, my social media base was basically sci-fi geeks and nerds from Star Trek, so I had to grow that," Takei said. "And by trial and error, I discovered that humor got the most likes and shares."

He's used that platform to raise money after the earthquake in Japan in 2011, and to speak out for gay rights.

On his Twitter page, Takei -- who is gay -- calls himself "a believer in, and a fighter for, the equality and dignity of all human beings."

"It's been my mission in life to have Americans understand this story," he said. "Because it's an American story."

It's his story, too: One that took George Takei from a detention camp, up to the stars, and now to Broadway.

"I have endured. And here we are," Takei said, standing outside the theater. "It's a very fulfilling experience."