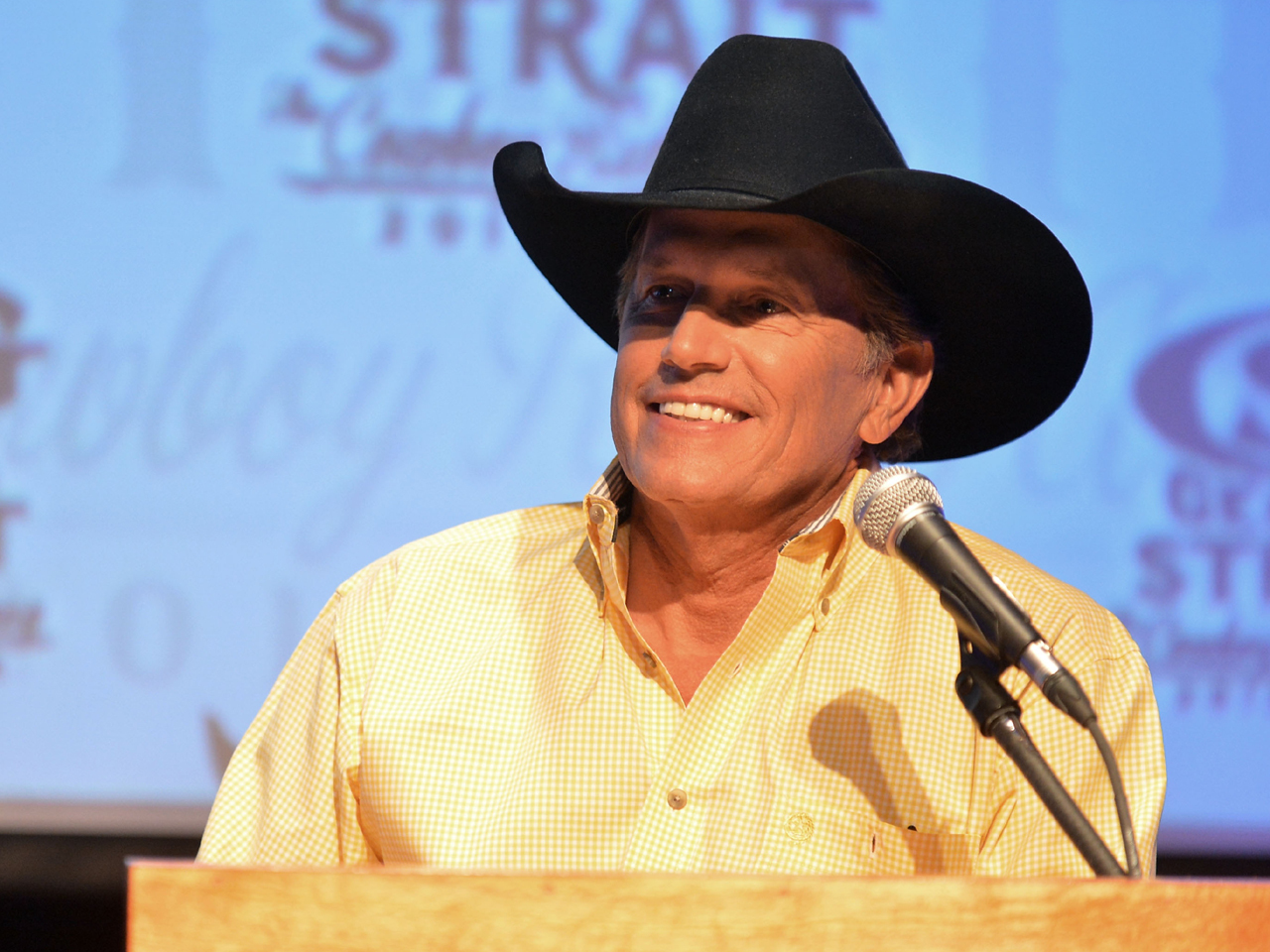 (CBS/AP) George Strait is getting ready to hang up his touring hat and park his tour bus for good.

The country music singer announced Wednesday during a news conference at Nashville's Country Music Hall of Fame & Museum that he will embark on his final tour early next year. Strait will play 21 dates in 2013, then 20 more in 2014 on The Cowboy Rides Away tour. He plans to continue recording music and making occasional live appearances after that, but his road warrior days will soon be over.

"I just don't want to go to the point where I show up and nobody else does, you know?" Strait said in an interview before making the announcement. "It's been great. I've been doing it for 30-some odd years and I've loved it. Sometimes I've not liked it as much. And here lately it's just the walking out onstage part, that's all great. I'm still loving that. It's just the hectic part about touring and traveling and bam bam bam bam. I just feel like it's time for me to try something else."

News of Strait's retirement will come as something of a shock in country quarters. He's so entrenched in the genre he's become part of the bedrock, a landmark to be marveled at repeatedly over the decades.

The 60-year-old Country Music Hall of Fame member from Texas released his first single "Unwound" in 1981, before some of today's top stars were born. Since then he's had 59 No. 1 country singles and is the only artist to score a Top 10 hit in every year of his career. All his albums have gone platinum or gold, selling more than 68 million copies.

"I'm sure I'll miss it. I'm sure I will," Strait said. "How can you not after doing it for so long. It was a hard decision to make. It was tough. I've lost sleep. But I think about midway through this tour I'll realize that, yeah, I did make the right decision. It's just a part of it."

The first leg of the tour will kick off Jan. 18 in Lubbock, Texas, and end June 1 in San Antonio. Dates for 2014 will be announced later. Martina McBride will join Strait on tour in 2013.

Strait said he was nervous about whether fans will come out and see him, but that's rarely been a cause for concern over the years. His live show is one of country's top draws. He's sold more than 4.3 million headlining concert tickets since 1999, according to Pollstar, an average of more than 18,000 per performance.

"It's just amazing the energy that you feel," Strait said about performing live. "I'd say three years ago we played in my hometown of San Antonio for 55,000 people at the Alamodome and walking out there with a crowd like that is just, you're excited, you're scared. There are just so many emotions going on. I still get nervous for things like that until after I sing about the first one or two songs, then I settle down. To try to describe what you feel, it's just a big electric energy feel that's right on top of you."

Strait says he knows he'll miss that feeling, and he reserves the right to return to the road if he wants. But Wednesday he was feeling comfortable with everything.

"I hope people show up because we're going to a lot of the places we've been to for so long, from year to year, and it's kind of like saying goodbye to that," he said. "It's going to be a little emotional."