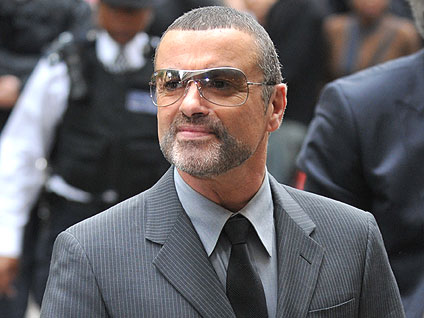 (CBS/AP) LONDON - George Michael isn't invited to the royal wedding, but he has recorded a song as special present for Prince William and Kate Middleton.

The musician plans to reveal the track Friday on Piers Morgan's CNN show.

It will be available to download for free, but the former Wham! singer hopes fans will make a donation to the couple's Royal Wedding Charity Fund.

"It's FREE. But if u r a special human being," he tweeted. "A little donation to their site will be your next thought..."

"Dexter" series finale: How did it all end?

Michael, whose solo hits include "Faith" and "Freedom," spent a spent a month in jail last year for crashing his Range Rover while under the influence of drugs.

Michael was a friend of William's mother, the late Princess Diana, but said he wasn't expecting to attend the April 29 wedding. He tweeted that the couple should be "surrounded by people they love, not dodgy ex-con pop stars."