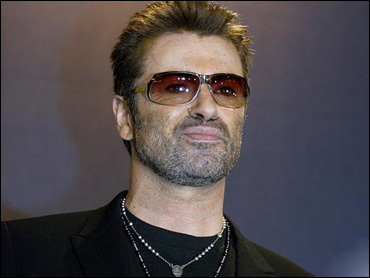 A British judge on Friday sentenced pop singer George Michael to 100 hours of community service and banned him from driving for two years for driving under the influence of drugs.

Michael, whose real name is George Panayiotou, had pleaded guilty on May 8 to a charge of driving while unfit through drugs.

Police said he was found slumped at the wheel of his car in north London after witnesses observed the vehicle weaving onto the wrong side of the road at around 5-10 miles an hour in the early hours of the morning.

Michael, appearing in Brent Magistrates Court, said he was ashamed that "I had done something really wrong in putting other people at risk."

Smiling as he emerged from court, Michael told reporters: "Don't bother to ask any questions, because believe me I am not going to answer them."

"I would simply ask you to understand that the media coverage of this case has been farcical, concentrating almost entirely on the prosecution's allegations," he said, reading a prepared statement.

"In reality I have been sentenced today on the basis of unfit driving through tiredness and prescription medicines, which I fully accept responsibility for.

"I am glad to put this behind me and now I'm off to do the biggest show of my life."

Michael is set to star Saturday and Sunday nights in the first concert at the rebuilt Wembley Stadium.