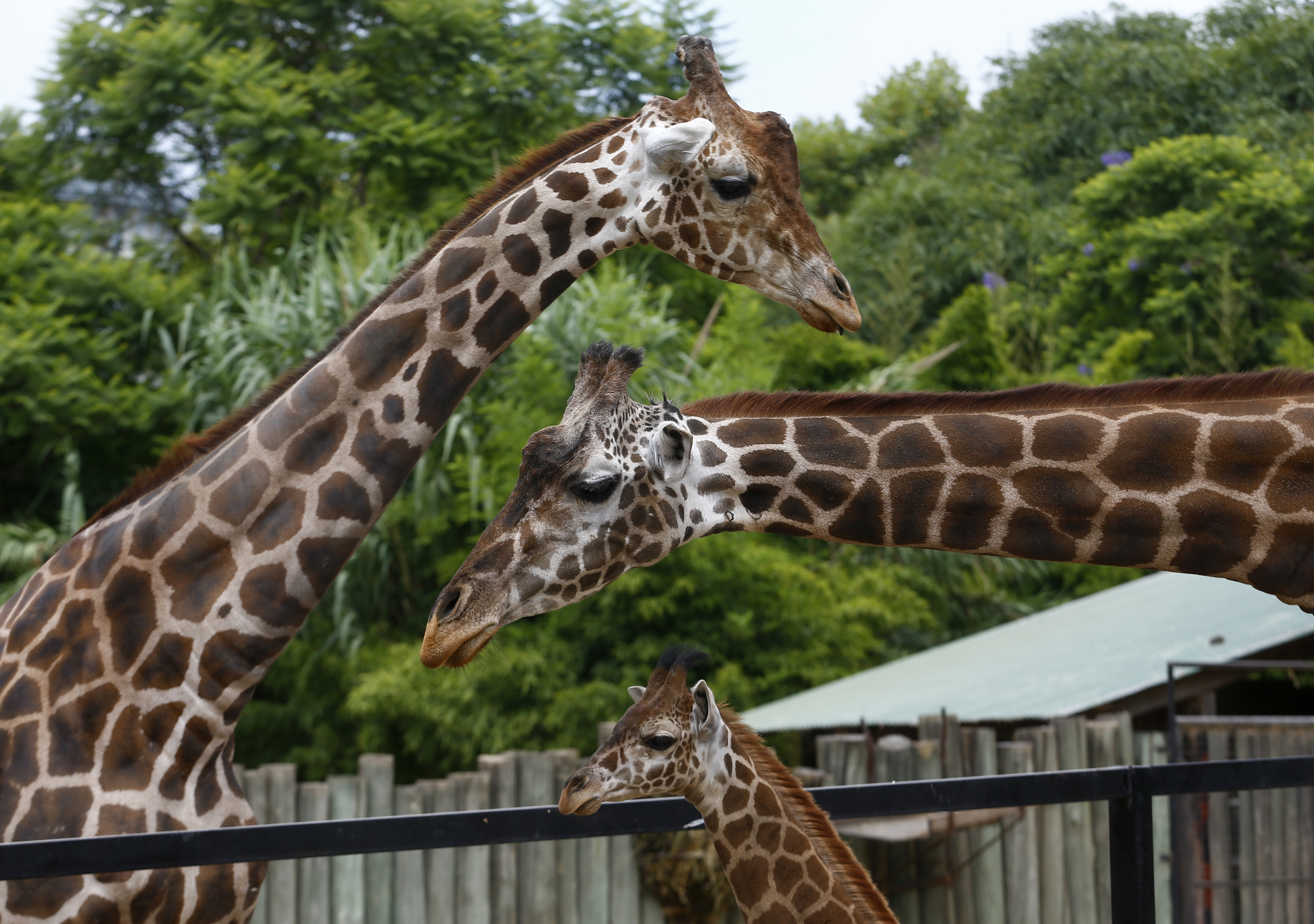 Have you ever wondered how giraffes got their characteristic long necks? We may be a little closer to knowing the answer.

For the first time, scientists have sequenced the genomes of the giraffe and the okapi -- its closest living relative -- to shed light on how the tallest land animal evolved to to have such a long neck and exceptional height.

The research, led by Douglas Cevenar of Penn State University and Morris Agaba of Tanzania's Nelson Mandela African Institute for Science and Technology, was published Tuesday in the journal Nature Communications.

"The evolutionary changes required to build the giraffe's imposing structure and to equip it with the necessary modifications for its high-speed sprinting and powerful cardiovascular functions have remained a source of scientific mystery since the 1800s, when Charles Darwin first puzzled over the giraffe's evolutionary origins," Cavener said in a press release.

The researchers compared the giraffe's and the okapi's gene-coding sequences to more than 40 other mammals, which included a range of species from humans to camels.

"Okapi's gene sequences are very similar to the giraffe's because the okapi and giraffe diverged from a common ancestor only 11 to 12 million years ago -- relatively recently on an evolution timescale," Cavener added. "In spite of this close evolutionary relationship, the okapi looks more like a zebra and it lacks the giraffe's imposing height and impressive cardiovascular capabilities. For these two reasons, Okapi's genome sequence provides a powerful screen that we have used to identify some of the giraffe's unique genetic changes."

Through these comparisons, the researchers pinpointed 70 genes that showed signs of adaptations. For instance, the adaptations included substitutions of amino-acid sequences that can predict alterations in protein functions, protein-sequence divergences, and positive natural selection, Cavener explained.

This is significant because more than half of the 70 genes code for proteins that can regulate the development of the skeletal, cardiovascular and nervous systems -- which would play a role in determining the kinds of evolutionary characteristics that make giraffes stand taller than the rest.

And what about that remarkable neck?

"To achieve their extraordinary length, giraffe cervical vertebrae and leg bones have evolved to be greatly extended," Cavener said. "At least two genes are required -- one gene to specify the region of the skeleton to grow more and another gene to stimulate increased growth."

The researchers successfully identified genes that carry out both of these functions. In a way, think of these genes as points on a map, each indicating a significant location for evolutionary adaptations.

Cavener stressed that this research is crucial in raising awareness about a unique species that has faced population declines in recent years.

"We hope that the publication of the giraffe genome and clues to its unique biology will draw attention to this species in light of the recent precipitous decline in giraffe populations," he said. "While the plight of the elephant -- giraffe's shorter companion in the African savannah -- has received the lions share of attention, giraffe populations have declined by 40 percent over the past 15 years due to poaching and habitat loss. At this rate of decline, the number of giraffes in the wild will fall below 10,000 by the end of this century. Some giraffe subspecies already are teetering on the edge of extinction."