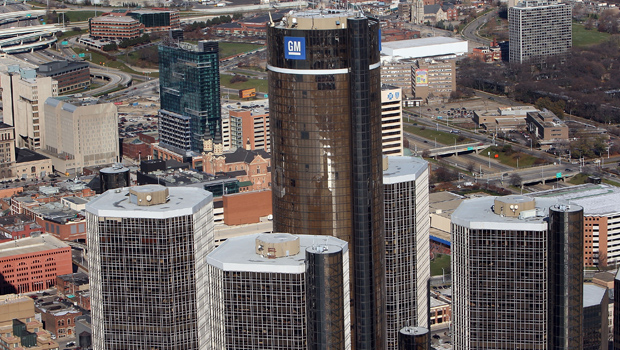 DETROIT General Motors (GM) said Wednesday that it will buy Ally Financial's operations in Europe, China and Latin America as it tries to build a global finance unit to make low-interest car loans and boost sales.

The auto giant's U.S. loan business, GM Financial, will pay $4.25 billion for the Ally assets, helping GM to better compete in markets where other automakers already have their own loan operations. Automakers with their own finance arms often subsidize loans and leases to boost sales.

Before the 2008 mortgage meltdown, Ally was GM's financial arm. The automaker founded Ally Financial as the General Motors Acceptance Corporation in 1919 to provide financing to automotive customers.

The deal, which still must be approved by regulators, is expected to close in stages next year. Ally will get a $550 million premium over the book value of the assets, which was $3.7 billion in the third quarter, Ally said in a news release.

Ally is selling off assets to raise money to repay the government for a $17.2 billion bailout. So far Ally has repaid $5.8 billion, leaving a balance of $11.4 billion.

The move will help GM by restoring a unit that once was highly profitable before the meltdown, said Argus Research analyst Bill Selesky. It also will help GM grow in countries in which the middle class is expanding, he said.

"They believe that future growth will largely be determined by growth in emerging-market economies. They believe this is where the future of auto lending is going, to higher-growth geographies," he said.

GM Financial's assets will double to about $33 billion, and liabilities including debt will rise to $27 billion from about $12 billion today, GM said in the statement.

The move comes at a time when GM is rolling out many new models across the globe, and the increased financing ability should raise sales, Chief Financial Officer Dan Ammann said. It also will help end a disadvantage that GM had compared with its competition. GM, he said, was 10 to 15 percent behind competitors in the number of sales it was able to finance overseas.

"If we're successful in closing that, it's going to result in a significant increase in sales," he said during a conference call.

GM is happy with loans and leases made by GM Financial and would not be interested in acquiring Ally's North American businesses, Ammann said. GM bought Texas-based Americredit in 2010 for $3.5 billion and renamed it GM Financial.

In exchange for bailing out Ally, the U.S. government got 74 percent of the lender's common stock, plus $5.9 billion worth of preferred stock.

Ally last month sold its Canadian operations to the Royal Bank of Canada for $4.1 billion and a Mexican insurance business for $865 million. With the GM deal, Ally will have about $9 billion in additional cash. It could use the money to buy back the preferred stock, but Ally spokeswoman Gina Proia said no decision has been made on how to repay the government.

Privately held Ally has been looking at an initial public stock offering to get more money back the government, but that's been put on hold until stock market conditions improve.

The acquisition by GM is another step toward reassembling its global financial arm. GM sold a 51 percent stake in GMAC in 2006 when it was starved for cash. The new owners, led by private equity firm Cerberus Capital Management, ran into trouble in 2008 with bad mortgage loans and had to be bailed out by the government.

Ally Financial will now focus on its U.S. auto lending and bank holding company businesses. In May its mortgage lending and servicing subsidiary Residential Capital LLC or ResCap, filed for bankruptcy protection, severing Ally's ties to the troubled unit. Toxic mortgages made by ResCap caused most of Ally's financial problems. ResCap has since accepted a $3 billion buyout offer from a unit of Ocwen Financial.

In the third quarter Ally made a $384 million net profit, reversing a loss from a year ago mainly because it didn't have losses from ResCap.

Ally said its global automotive services business continues to be strong, with the loans it financed increasing and improving during the third quarter, despite increased competition among lenders for automotive loans.

Meanwhile, retail deposits at its Ally Bank division increased by 22 percent, and customer accounts grew by 24 percent, the company said.

In October Ally repaid $2.9 billion of the debt it issued under a government program that backed hundreds of billions of dollars in U.S. bank debt during the financial crisis. The program is separate from the bailout. Ally said last month that it plans to repay in December the remaining $4.5 billion guaranteed under the Federal Deposit Insurance Corp. program.