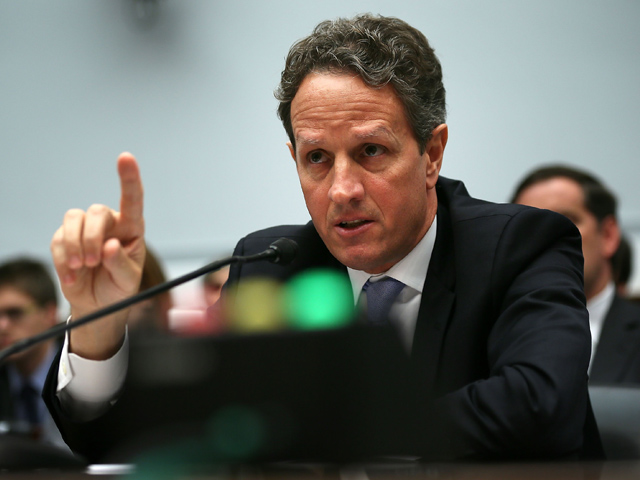 (CBS/AP) WASHINGTON - Treasury Secretary Timothy Geithner warned Congress on Wednesday that the debt crisis in Europe and a looming budget crisis in Washington could weaken an already-fragile U.S. economy.

Geithner also tells a House panel that regulators must pursue stricter oversight of the financial system to help stabilize the economy.

Geithner is expected to be questioned about his actions regarding banks' setting of a key global interest rate. Geithner, who was then president of the Federal Reserve Bank of New York, urged the Bank of England in 2008 to make the process for setting London interbank offer rate (LIBOR) rate more transparent. But he didn't make his concerns public.