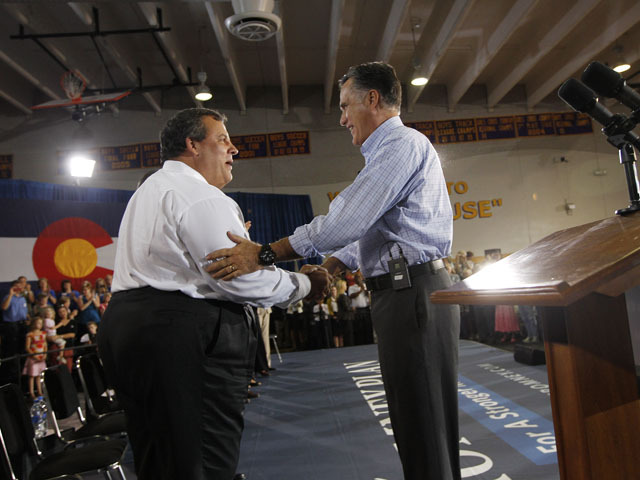 (CBS News) Tampa, Fla. -- Just hours before his keynote speech at tonight's Republican National Convention, New Jersey Governor Chris Christie offered up a personal endorsement of Mitt Romney's character, emphasizing that the Romney he knows is "not some detached business person" but a man who has the "heart" to face the challenge of the presidency, and providing a possible glimpse into what he'll address in his much-anticipated remarks Tuesday evening.

In joke-laced remarks to Michigan delegates, the famously outspoken governor recounted the days leading up to his formal endorsement of the soon-to-be Republican presidential nominee, zeroing in particularly on how Romney interacted with his children at a visit to his house.

"What I saw that day with Mitt Romney is something you can't fake -- he genuinely knew how to interact with an eight-year-old little girl," Christie said, after recounting a story in which his youngest daughter, Bridget, performed gymnastics in the living room to get Romney's attention. (It worked.)

In light of recent polling showing that Romney suffers from an empathy deficit when compared to President Obama, Christie used his remarks Tuesday to emphasize the candidate's human side.

"There's lots of qualifications for being president of the United States and if you look down a resume Mitt Romney's got all those qualifications," he said. "He checks all those boxes. But in the end, to me, once you check those boxes, that's not enough. You need to know what the heart is of the person who's going to be sitting behind that desk."

"I think you can tell a lot about that by the way people treat children," he added.

Christie has been relatively mum so far about the content of tonight's speech, but he, like Ann Romney, is expected to touch on his belief in the strength of the candidate's character.

On Tuesday, he again declined to give much of a preview, but allowed that expectations are running high.

"This has basically got to be a 20-minute version of the Gettysburg address or I'm in huge trouble," he quipped.