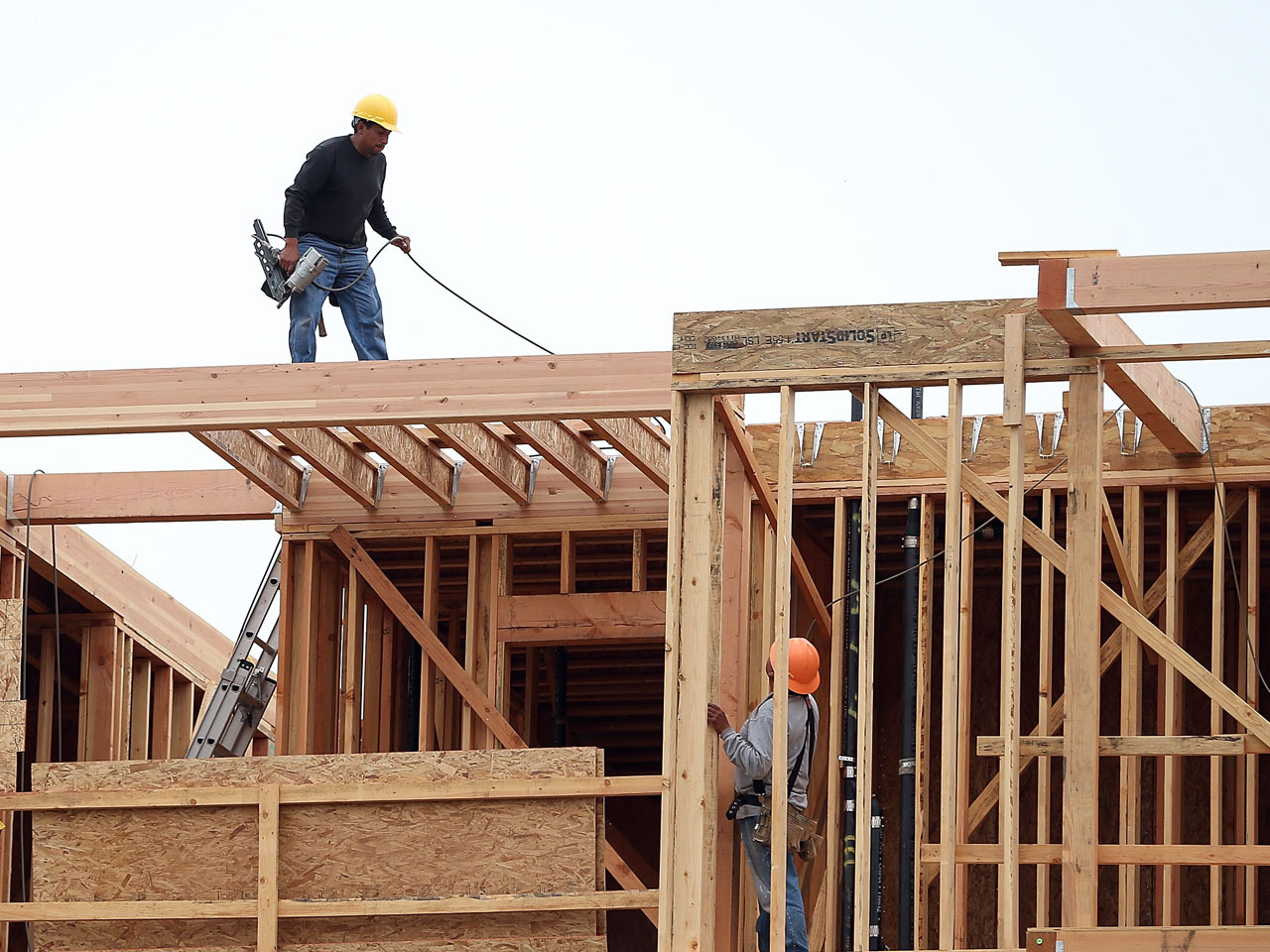 (MoneyWatch) The U.S. economy expanded 1.7 percent between April and June, surprising some experts and government forecasters who were expecting weaker growth.

Personal consumption, business spending and the renewed housing market accounted for most of the growth in the quarter, along with a smaller decrease in federal spending, the Commerce Department said Wednesday in releasing its first estimate for the period.

To be sure, the economy is hardly ready for liftoff. The agency revised growth in the first quarter to 1.1 percent, down from an initial estimate of 1.8 percent. But the latest GDP figure topped a consensus estimate of 1 percent growth, and it will help dispel fears that the economy is veering off track after showing stronger job growth in recent months. Economists expect growth to accelerate in the final six months of the year.

The Commerce Department also released revised data showing that growth since the recession was slightly stronger than previously estimated. Growth for 2009 to 2012 was revised up by 0.3 percentage points to 2.4 percent. By contrast, growth over the last three quarters was weaker than originally thought.

"As you get into the second half, tax drag should fade, and the rate of decline in government spending should be fading as well," said Jim O'Sullivan, chief U.S. economist with High-Frequency Economics, said ahead of the latest growth numbers. "Those two currents of restraint should be fading significantly by that point."

Businesses added to their inventories at a particularly strong pace, spending $56.7 billion, up from $42.2 billion in the first three months of the year and a meager $7.3 billion in the fourth quarter of 2012. That is an unusually large increase, suggesting it could be revised downward when the government refines its second-quarter GDP estimate. But imports topped exports for the quarter, subtracting 0.8 percent from GDP.

Although rising interest rates could deter prospective homebuyers, the housing sector continues to rebound from the housing crash. Home prices rose 12.2 percent in May compared with a year ago, the biggest annual hike since March 2006, according to the closely watched Case-Shiller index. That trend is likely to continue for the foreseeable future because demand for housing far exceeds the number of homes on the market. The government's latest figures shows residential investment up more than 13 percent last quarter.

Another reason for optimism: Americans are modestly better off now than when the economy seemed to be recovering before swooning in each of the last three years.

"Payroll growth is picking up, and we've gotten a hint of wage growth, so by the time we get into the fall we should have more momentum," said Ian Shepherdson, chief economist with Pantheon Macroeconomics, in downplaying the likelihood of another recession.

Median annual household income rose a healthy 0.7 percent in June, to just over $52,000, according to Sentier Research. That is the first significant gain in a year and could help sustain consumer spending. For most people, however, income remains considerably lower than before the 2008 housing crash.

Also encouraging are signs that small businesses, which account for more than half of job-creation in the U.S. and which have lagged big companies in recovering from the financial crisis, may be set to start expanding again. More robust hiring by smaller firms in the months ahead would boost GDP growth to more than 3 percent, according to Pantheon.

That factor may prove especially important in the weeks to come because of slowing earnings lately among large corporations, which could keep a lid on capital spending and on hiring. Another important yardstick for the economy will come Friday, when the U.S. Labor Department will release data on July job gains.

Unemployment nationwide stands at 7.6 percent, down from 8.2 percent a year ago. Employers have added an average of roughly 202,000 jobs through the first half of the year, up slightly from the previous six months. Private-sector employment added 200,000 jobs, according to data today from payroll processing firm ADP. That bodes well because the ADP survey has been slightly weaker than official job figures in recent months.

The latest GDP snapshot is unlikely to alter the Federal Reserve's timetable to start unwinding its monthly purchases of U.S. Treasury and mortgage bonds. That policy of "quantitative easing" has propelled stocks over the last four years, and fears in May that the central bank was set to abruptly withdraw such stimulus caused financial markets to sag.

Many market watchers expect the Fed to leave monetary policy unchanged when it concludes its latest monetary meeting later today and to begin scaling back bond purchases in September.

"Fed officials are likely to maintain the policy status quo... leaving the bondbuying program at full tilt for now and underscoring aggressive guidance that rates will remain low far into the economic expansion," Citi Research analysts said in a research note last week.

If the economy isn't about to nosedive, it also isn't ready to soar. Overall, the U.S. economy grew only 1.4 percent in the last year, according to the government's latest economic figures (see chart below).

The upshot: At its current rate of expansion, the economy may not be able to sustain the run of stronger job growth this year. Four years into the recovery, which officially ended in June 2009, total employment remains more than 2 million jobs below the peak before the recession.

Meanwhile, four out of 5 adults in the U.S. are either jobless, rely on welfare or are near poverty, an analysis by The Associated Press recently showed. More than 46 million Americans, or 15 percent of the population, live in poverty.

These persistent economic woes could be aggravated by a familiar kind of political dysfunction later this year. With President Barack Obama laying out the case for economic stimulus in speeches last week, Democrats and Republicans in Congress are clashing over whether to raise the government's borrowing limit.

A showdown over the debt ceiling damaged financial markets in 2011 and led to the sequester, which resulted in federal spending being slashed this year. That has harmed economic growth and slowed the recovery, economists say. A repeat performance this fall would shake confidence, particularly hurting small businesses, and roil stocks, Shepherdson said.