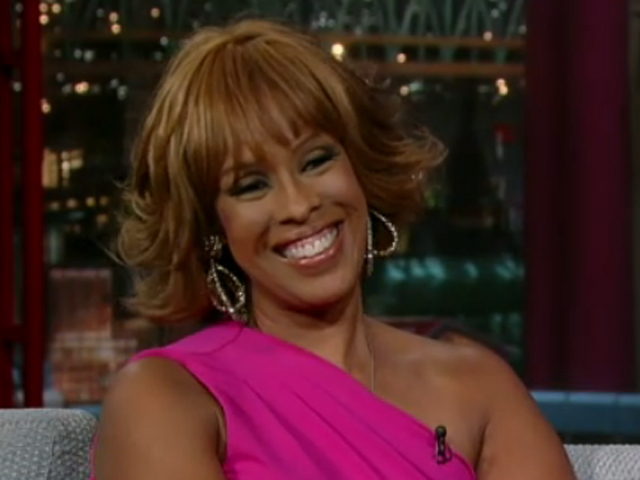 CBS News announced last week that Gayle King and Charlie Rose will be joining the CBS morning broadcast in January. But just how will the show look?

King stopped by David Letterman's studio last night to talk about the new show and her new role -- and joke about her future co-host.

King said on the "Late Show with David Letterman" that part of the fun of the broadcast will be if Rose "makes it" to work in the early morning hours -- he's known for being a "man-about-town."

Letterman quipped, "He'll just be getting in."

When Letterman asked about what the show will be like, King said, "Me and Charlie Rose and Erica Hill. We're thinking at CBS, 10 times is a charm because, you know, they've had 10 different parings or groupings. But I am really, really, really excited about it."

When asked what kind of show it will be, King said, "Charlie drives the seven o'clock hour, I drive the eight o'clock hour, and Erica does something in both hours, and I've heard people say, 'CBS is so serious. CBS is so da-da-da-da-da,' which may be true, but the thing is that, no matter what you see on the air, we will be covering it. ... (From the super committee to the Demi and Ashton divorce,) we'll be covering it all."

Hill added on "The Early Show" Monday, "All the secrets that we have to actually hold tight until January. ... But we're excited to have Gayle and Charlie join us here. Jeff (Glor) is a big part of the show, as well. So lots to come (in) January."

Go here for more information on the new show.