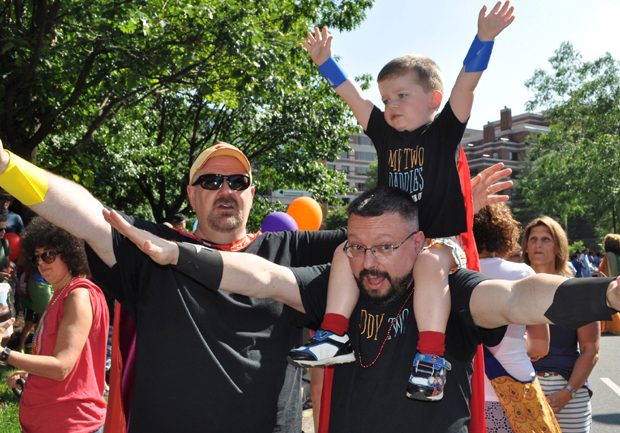 The Pew Research Center survey on the LGBT population, released Thursday, also shows that nearly four in 10 LGBT American adults, or 39 percent, have been rejected by family or friends because of their sexual orientation.

"It's a combination of progress on so many fronts and increased openness combined with so much work yet to be done," Lee Swislow, executive director of Gay & Lesbian Advocates & Defenders, the Boston-based advocacy group known as GLAD, told CBSNews.com.

In the Pew survey, 30 percent of respondents said they have been physically attacked or threatened. Just recently, in May in New York City, a gay man was shot and killed in the Greenwich Village neighborhood in an attack that the New York Police Department deemed a hate crime.

"People are afraid to come out of the closet at work because they're afraid that they won't be accepted ... It's not the, 'I'm not hiring you because you're gay,' it's the subtle culture that's created in a lot of workplaces in which heterosexuality is the norm and that has a chilling effect on gay people," said Swislow.

The survey of 1,197 adults found that 12 years old is the average age for which homosexual adults first thought they may be something else besides straight.

The average age for coming out to family or a friend was 20, according to the survey, and gay men tend to come out earlier than gay women.

"Certainly with the increased portrayal of LGBT people in the media, with famous figures coming out, with social media, I think young people who in the past knew they were different and didn't have names for it now can better identify, 'Oh this is me,'" said Swislow.

Few LGBT adults said their sexual orientation had ruined their relationship with their parent although most agreed telling a parent was difficult. Fifty-six percent of respondents came out to their mothers and 39 percent to their fathers.