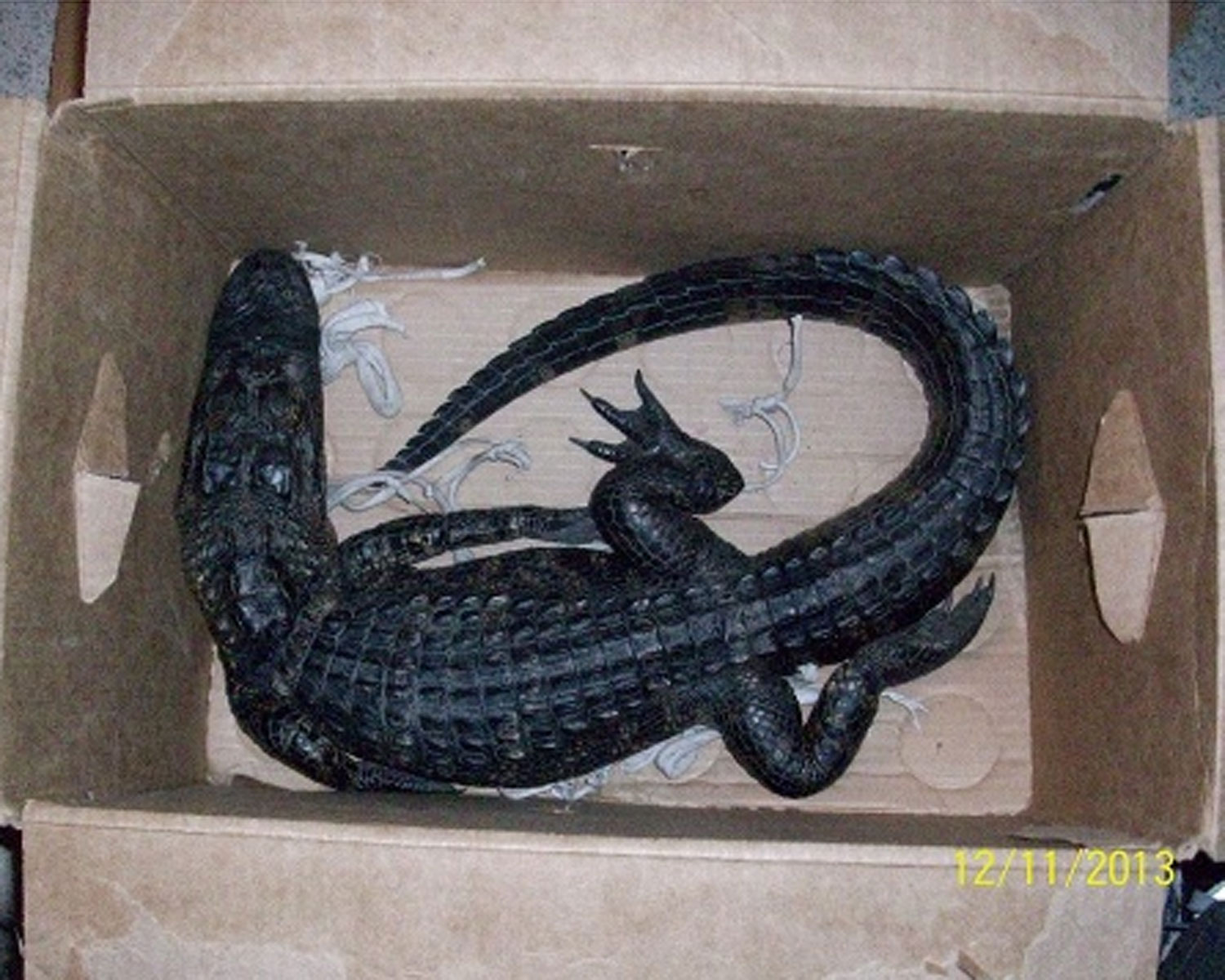 MIAMI – A Florida man captured an alligator at a park…put it in a box…and tried to trade it for some beer.

What part of that don’t you get?

As CBS Miami tells it, a clerk at the Santa Ana Market in Allapattah was recently approached by a customer asking to buy some beer.

“In my mind, I was trying to get some beer because I didn’t have no money. So I said, let me try the alligator,” is how Aguilera put it.

“I just picked it up…,” Aguilera continued. “I seen it here in the grass and I tied it up.”

He elaborated:  “I’m not scared (of the alligator),” Aguilera said. “I took it.”

Aguilera said it was the first alligator he ever caught in his life and he didn’t know it was illegal.

Wrasslin’ gators a man can work up a powerful thirst.