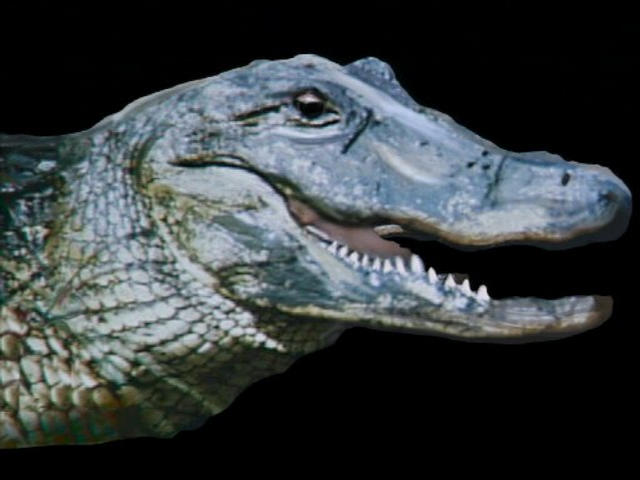 (CBS/AP) HOWELL, Mich. - If you were thinking of stealing a 14-foot flattened and preserved alligator from a barn in Michigan, don't bother - authorities say three men already beat you to it.

Police say the trio broke into a barn about 40 miles northwest of Detroit back in June, strapped the 'gator to a pickup truck and took it off-roading.  Two of them have entered pleas in the case.

Fifty-five-year-old Douglas Ward of Linden pleaded no contest Friday in Livingston County Circuit Court to breaking and entering, while 53-year-old John Sanborn of Harrison pleaded guilty to the same charge. Their sentencing is Nov. 10.

The case against 60-year-old Roy Griffith of Linden is pending.

Authorities say the alligator's owner found tire tracks near his barn and followed them to a party in Deerfield Township, where people were driving their vehicles around in the mud.