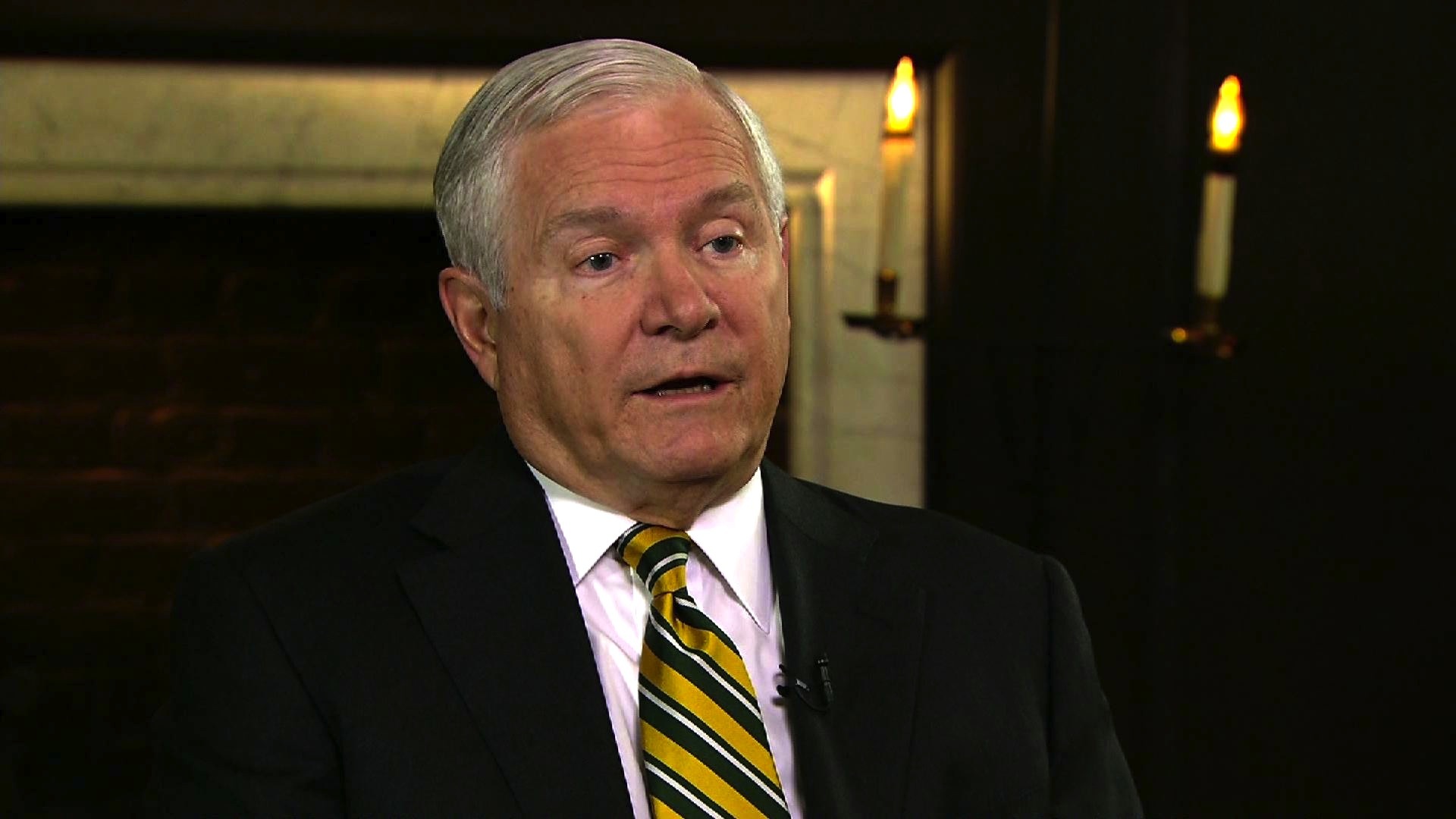 Former Secretary of Defense Robert Gates forcefully defended the Obama administration on Sunday against charges that it did not do enough to prevent the tragedy in Benghazi, telling CBS' "Face the Nation" that some critics of the administration have a "cartoonish impression of military capabilities and military forces."

Gates, a Republican who was appointed by then-President George W. Bush in 2006 and agreed to stay through more than two years of President Obama's first term, repeatedly declined to criticize the policymakers who devised a response to the September 2012 attack on a U.S. diplomatic facility in Benghazi, Libya, that left four Americans dead, including the U.S. Ambassador to Libya, Chris Stevens.

"Frankly, had I been in the job at the time, I think my decisions would have been just as theirs were," said Gates, now the chancellor of the College of William and Mary.

"We don't have a ready force standing by in the Middle East, and so getting somebody there in a timely way would have been very difficult, if not impossible." he explained.

Suggestions that we could have flown a fighter jet over the attackers to "scare them with the noise or something," Gates said, ignored the "number of surface to air missiles that have disappeared from [former Libyan leader] Qaddafi's arsenals."

"I would not have approved sending an aircraft, a single aircraft, over Benghazi under those circumstances," he said.

"It's sort of a cartoonish impression of military capabilities and military forces," he said. "The one thing that our forces are noted for is planning and preparation before we send people in harm's way, and there just wasn't time to do that."

Gates said he could not speak to allegations that the State Department refused requests for additional security in the months prior to the attack. Former Secretary of State Hillary Clinton has been increasingly targeted for criticism by Republicans for her handling of the crisis and the government's response, with some even raising the possibility that the State Department engineered a coverup to protect her political future.

But when Gates was asked whether he thought that might be a possibility, he replied flatly, "No."

"I worked with Secretary Clinton pretty closely for two and a half years, and I wouldn't want to try and be somebody...trying to convince her to say something she did not think was true," he said, adding that he has not spoken with Clinton about the events in Benghazi.

Gates also defended the administration's circumspect response to the ongoing civil war in Syria, saying that despite the obviously vexing threat of Syrian disintegration, it would be a "mistake" to think America should - or even could - play a more muscular role in shaping the outcome.

"I believe that we have misjudged the Arab Spring and the Arab revolutions," Gates said. "We tend to forget that if you look back over the last 200, 250 years, the history of revolutions is not a pretty one."

While calls for outright military intervention - "boots on the ground" - have not gained any traction among policymakers on either side of the aisle, many have suggested arming the rebels working to unseat Syrian President Bashar al-Assad. The United States is already providing nonlethal assistance to some rebel groups in Syria, and the administration has signaled that it is revisiting its earlier opposition to sending arms and munitions to rebel groups.

Gates, however, warned that "caution, particularly in terms of arming these groups and in terms of U.S. military involvement, is in order."

Pressed on what further actions we could take to resolve the conflict in Syria, Gates noted that other powers in the region - some with a greater stake in the conflict's resolution than America - are just as capable of stepping in.

"Why should it be us?" Gates asked.

If anything, he said, we could carefully select elements in Syria who align with American values and interests and "provide them with intelligence, with basic military equipment."

"Haven't we learned that when you go to war, the outcomes are unpredictable?" Gates asked. "And anybody who says, 'It's gonna be clean. It's gonna be neat' ...Well, most wars aren't that way."

"I oversaw two wars that began with quick regime change," Gates recalled. "And we all know what happened after that."

He said it was too early to tell whether the decision to enter Iraq in 2003 was a mistake, arguing that much depends on whether the country descends into chaos or emerges as a viable, secure, reasonably democratic power in the region.

The fact that we launched the war to contain weapons of mass destruction that turned out to be a mirage, Gates said, "will always taint" the decision to enter Iraq.

As the other war Gates oversaw - Afghanistan - draws to a close ahead of a planned 2014 troop withdrawal, the former secretary of defense predicted that America would maintain some kind of "modest residual force" to buttress Afghan defense forces after the bulk of American resources leave.

"We are actually making pretty good headway with the Afghan forces," Gates said. "For us to leave lock, stock, and barrel at the end of 2014, and abandon Afghanistan as we did after the Soviets left, would be a disastrous mistake."

On two other crises facing America - Iran and North Korea - Gates expressed concern about the lack of ideal options available to policymakers.

Identifying the North Koreans as the greater threat because they "have nuclear weapons now," Gates said his chief worry about the isolated Asian regime was the unpredictability and inexperience of its young leader, Kim Jong Un.

"I think that he does not have the experience or the sophistication, if you will, of his father or grandfather in terms of knowing where the red lines are," he said.

The Chinese, North Korea's most important benefactors, are "uncomfortable" with the situation, Gates said, because they're loath to see another war on the Korean peninsula or a robust buildup of American forces in the region. But they may not have as much leverage as we hope, Gates warned.

"They do have influence, but they don't have control," he said. "And that worries me."

As for Iran, Gates said that allowing Tehran to develop nuclear weapons could ignite a regional arms race, imperiling Israel and potentially even Europe. But he added that if we take military action to prevent such an outcome, "the consequences of their retaliation could spin out of control."

The middle ground, Gates said, would be a "face-saving measure" that allows Iran some form of peaceful nuclear program for electric power or research, while establishing a robust inspection regime that would give the international community confidence that Iran is not working on nuclear weaponization.

But despite all of the storm clouds on the horizon, Gates said, the biggest danger to American security and prosperity could come from within.

"I think that the greatest threat to us right now is the inability of our political leaders to come together on bipartisan solutions, long-term solutions to the very real problems we have," Gates fretted, delivering a clarion call for the "bridge-builders" on the "center-right" and "center-left" to reclaim their place at the head of the table, particularly in Congress.

"Unless we can come together on policies to deal with these problems that can survive one Congress and one presidency, then I think we're in real trouble," he warned. "And this striving for momentary political advantage or to score ideological points on either side of the spectrum, I think is doing serious damage to the country."