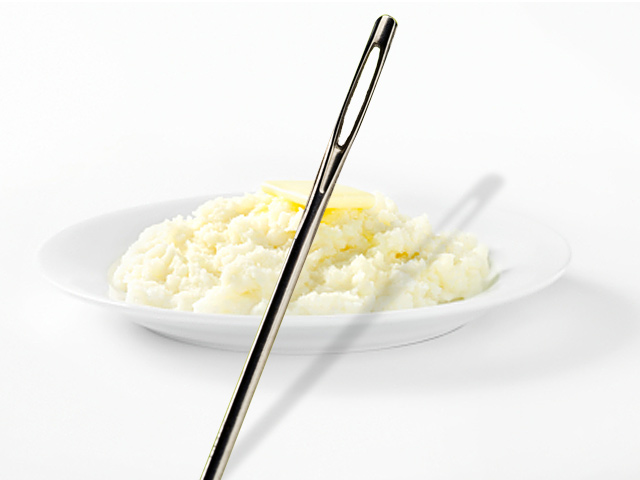 FARMINGTON, N.M. - A New Mexico woman says a sewing needle pierced her tongue after she bit into a plate of ribs and mashed potatoes at a Chili's restaurant.

Ashley Phillips says she pulled a needle about 2-inches long from her mouth at the Chili's in Farmington last July. The 23-year-old says Chili's employees quickly took the needle, and a manager refused to give it back when she and her husband returned to request it for testing.

Phillips says she's suing the Chili's chain because the company took 52 days to send the needle to a lab. She says she's since tested clean for HIV, Hepatitis and other possible infections, but had to stop nursing her baby in the meantime.

Representatives of Chili's Restaurant and Grill and Chili's Inc. declined to comment Wednesday.