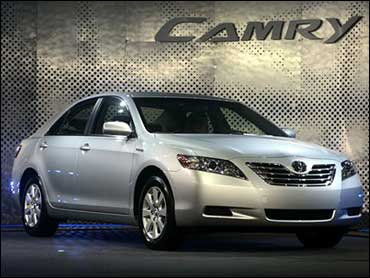 Toyota said Thursday it is recalling 2.3 million vehicles in the U.S. to fix accelerator pedals that can become stuck, the latest in a string of quality problems that have bedeviled the Japanese automaker.

The latest move comes just months after Toyota Motor Corp. recalled 4.2 million vehicles over concerns that accelerator pedals could become lodged under floor mats, causing sudden acceleration. That problem was blamed for several crashes, including an accident involving a Lexus that accelerated to more than 120 mph before crashing in San Diego, killing four people.

In a letter to federal safety officials dated Thursday, Toyota said the problem appeared to be related to the potential build-up of condensation on sliding surfaces in the accelerator system that helps drivers push down or release the gas pedal.

Toyota spokesman Brian Lyons said the automaker does not yet have a solution to the latest problem but is working to develop one.

The National Highway Traffic Safety Administration said in a statement that the problem is "a serious safety issue and we are pleased Toyota is taking immediate action to address it."

The safety stumbles have dinged Toyota's reputation in the U.S. as a builder of dependable, high-quality cars. Last year's recall was the sixth-largest ever in the United States.