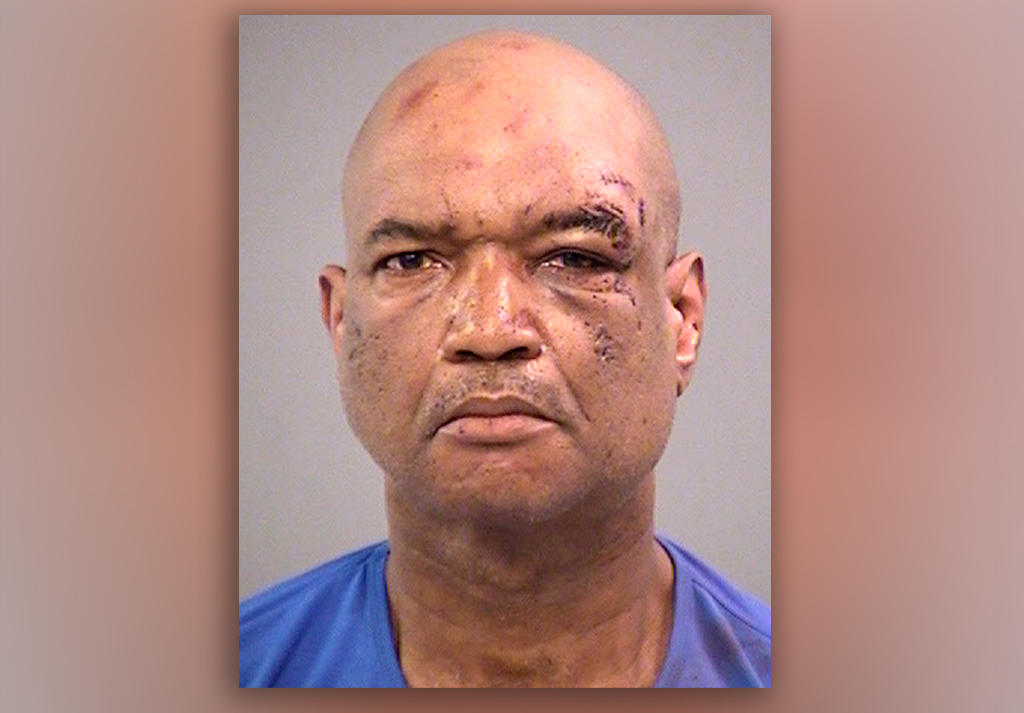 INDIANAPOLIS -- A knife-wielding man injured three people in an attack in downtown Indianapolis after being told to stop playing a siren on a bullhorn, authorities said Sunday. James Anderson Jr., 28; Edward Lee Atkins, 26; and Johnny Gilson, 46, were injured in the attack Saturday afternoon on the American Legion Mall and outside the Central Library located across the street, a police report said.

Their medical conditions Sunday were not clear, but a police report said Madison was being held at the Marion County Jail.

"The guy pulled out a bullhorn and looked at me with evil eyes," Brandy Smith told CBS affiliate WTTV. "I told him to stop. He came after me with a knife."

Taylor George told The Indianapolis Star she was with a group of family and friends when the man began playing a siren on a bullhorn. George said she and a female friend asked him to stop. She said her friend has epilepsy and worried the noise would trigger a seizure.

George said no one in the group knew the man, but they had seen him downtown before.

"He's down here a lot," George said. "He has been down here before with the bullhorn, but usually he uses it" to talk.

After being told to stop, the man immediately pulled out a knife and tried to stab her and her friend, George said. George, who is pregnant, said the blade came within inches of her stomach. As the two dodged the man, George said, he threw his bike at them and other members in the group.

"He pulled his knife out of his pocket and when he couldn't get us with the knife, he threw his bike at us. And that's when my family members and friends tried to stop him," George said.

Four men in her group rushed the suspect. One of her friends was stabbed in the stomach and two in their arms, she said. The suspect stabbed himself in the abdomen accidentally, George said. After the fight, another member of the group held the suspect until police arrived, she said.

"I was really scared," George said. "I thought I was going to get stabbed."