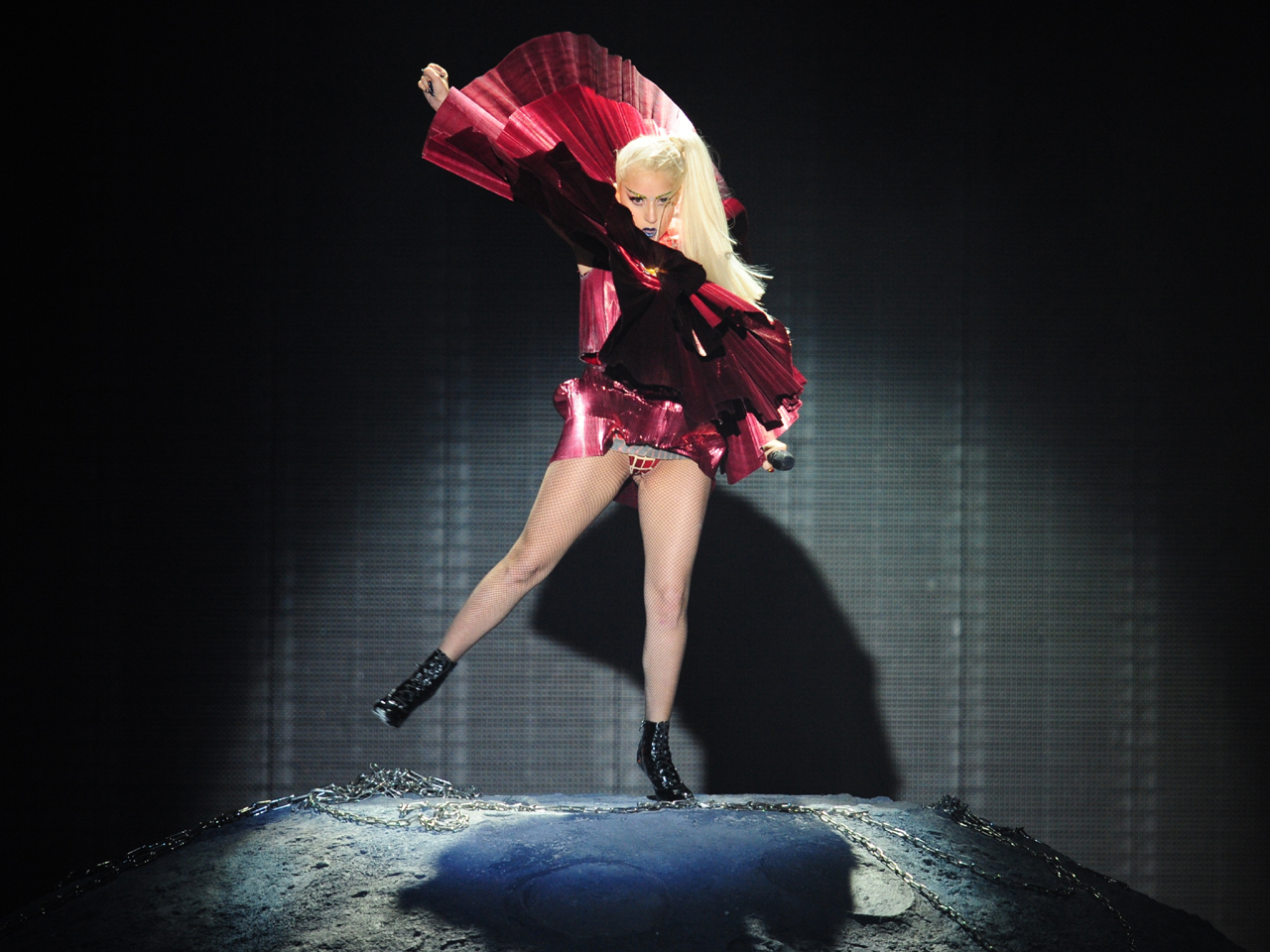 LONDON - The MTV Europe Music Awards turned into a celebration of Justin Bieber and Lady Gaga Sunday night as the two picked up a number of top prizes, including best male and best female act.

Gaga, striking in several outfits throughout the evening, also won for best song and best video for "Born This Way." Bieber picked up best pop act as well.

Their live performances captured the differences between the two ascendant mega-stars: the teenage Bieber, wholesome and almost impossibly cute; Gaga challenging and aggressively sexual in her approach.

Other awards went to Bruno Mars, Eminem and Katy Perry while the band Queen received the "Global Icon" award, in effect a lifetime achievement award to the now-graying rockers, who closed the show with a spirited set of their classics, including "We Will Rock You" and "We Are the Champions."

It was a rousing end to the awards show, a highlight on the European music calendar that also draws A-list stars from the United States. It was held in Belfast, Northern Ireland, for the first time.

Queen guitarist Brian May said the show focused attention on how Belfast had found "true peace" after years of sectarian violence.

"It's wonderful to be in Belfast," he said.

The show also included a video tribute to the late Amy Winehouse, who died earlier this year in London.

But the evening was dominated by Bieber and Gaga, the two crowd favorites.

The casually dressed Bieber said modestly that he had voted for competitor Kanye West and thanked his fans and family for his first award.

"Never say never, right?" he said, waving his trophy in the air.

After he won his second award, for best pop act, he praised his fans for staying with him despite "a lot of crap on the Internet," an apparent reference to unsupported allegations that he had fathered a child after a brief liaison.

Bieber took the stage a few minutes after Gaga accepted her award in characteristic style.

"Thank you so much, I love you so much. I'm so grateful. I'm really smiling right now, but I know you can't tell," said Gaga, wearing a bizarre silver dress with an oversize tilted hat that completely covered her face except for tiny holes that allowed her to see. She joked that she had had a lot of Botox treatment.

Gaga, who has enjoyed a year of spectacular commercial success, triumphed over a strong field that included a resurgent Jennifer Lopez, Adele, Katy Perry and Beyonce.

She later won awards for best video and best song for "Born This Way." She thanked her "little monsters" for their support and said she regarded "Born This Way" as her most important work to date. She also won an award for having the best fan base.

Chris Martin, the Coldplay frontman, joked that the band was just "warming everyone up for Justin" on his way into the awards ceremony, which was hosted by Bieber's girlfriend, the actress and singer Selena Gomez.

She admitted she was nervous about her performance while being photographed on the red carpet just before the show.

The awards, which were set up in 1994, have previously featured performances by stars including U2, Paul McCartney, Take That, Beyonce and Jay-Z.