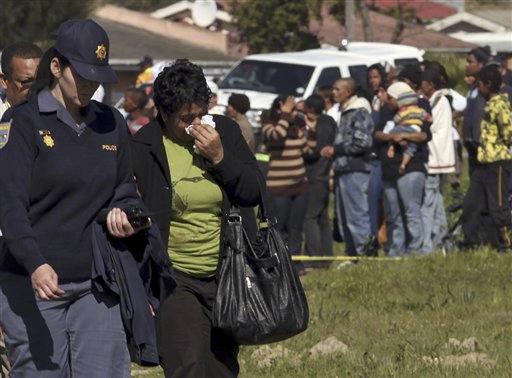 Ashley Smith, the woman who says she persuaded suspected courthouse gunman Brian Nichols to release her by talking about her faith, discloses in a new book that she gave him methamphetamine during the hostage ordeal.

Smith did not share that detail with authorities at the time. But investigators said she came clean about the drugs when they interviewed her months later. They said they have no plans to charge her with drug possession.

In her book, "Unlikely Angel," released Tuesday, Smith says Nichols had her bound on her bed with masking tape and an extension cord. She says he asked for marijuana, but she did not have any, and she dug into her illegal stash of crystal meth instead.

Smith, a 27-year-old widowed mother who gained widespread praise for her level-headedness, says the seven-hour hostage ordeal in March led to the realization that she was a drug addict, and she says she has not used drugs since the night before she was taken captive.

"If I did die, I wasn't going to heaven and say, 'Oh, excuse me, God. Let me wipe my nose, because I just did some drugs before I got here,"' Smith told the Augusta Chronicle.

Police said Nichols took Smith hostage in her apartment March 11 after a shooting rampage at the Atlanta courthouse.

During the ordeal, Smith says, she pulled out Rick Warren's book "The Purpose-Driven Life" and read to Nichols a chapter called "Using What God Gave Me" to gain his trust. Nichols later released her, and she called 911 and told authorities where to find him.

Nichols is accused of killing four people, including a judge, and could get the death penalty.

Since Nichols' arrest, Smith has received $70,000 in rewards and has been bombarded with offers for books, movies and speaking engagements. Her ordeal has been held up as an example of the redemptive power of faith.

"It's hard for people to understand the miracle of the story," she told the newspaper. "This was totally a God thing, to me in my life. This was God getting my attention, going, 'I'm going to give you one more chance."'

Financial details of the book have not been released, but Smith pledged to donate an undisclosed portion of the book's proceeds to a memorial fund for the victims.

Calls to Nichols' attorneys were not immediately returned Tuesday. Prosecution spokesman Erik Friedly would not comment on the case.

Smith says in her book that as the night wore on — after Nichols had snorted some of Smith's meth — she tried to win Nichols' trust by talking about her faith in God and relating to him her personal stories.

She says she told him how her husband had died in her arms four years earlier after being stabbed during a brawl.

She writes that she asked Nichols if he wanted to see the danger of drugs and lifted up her tank top several inches to reveal a five-inch scar down the center of her torso — the aftermath of a car wreck caused by drug-induced psychosis. She says she let go of the steering wheel when she heard a voice saying, "Let go and let God."