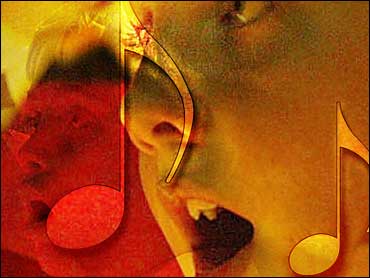 A black parent and a civil rights organization are criticizing a decision by officials in middle school in a predominantly white Detroit suburb to perform a song that they say glorifies slavery.

The song, "Pick a Bale of Cotton," was on the folk music choir program to be performed Wednesday at the Anderson Middle School in the predominantly white Berkley School District. The district is in one of the many largely white suburbs surrounding the predominantly black city of Detroit.

Greg Montgomery told The Detroit News that he complained to school officials, and when he was dissatisfied with their response, decided to pull his 11-year-old daughter, China, from singing.

"It's mind-boggling that people don't understand sensitive issues," he said.

Superintendent Tresa Zumsteg decided on Monday morning to remove the song "Pick a Bale of Cotton" from the program, said Gwen Ahearn, spokeswoman for the Berkley School District.

Ahearn said that when the song was picked, there was no intent to offend anyone.

"As it became apparent that that is the case, we pulled the song," she said.

Eugene Rogers, president of a local chapter of the National Association for the Advancement of Colored People, said it would be insensitive to continue with the song.

"People shouldn't have to be subjected to this, especially our children," he said.