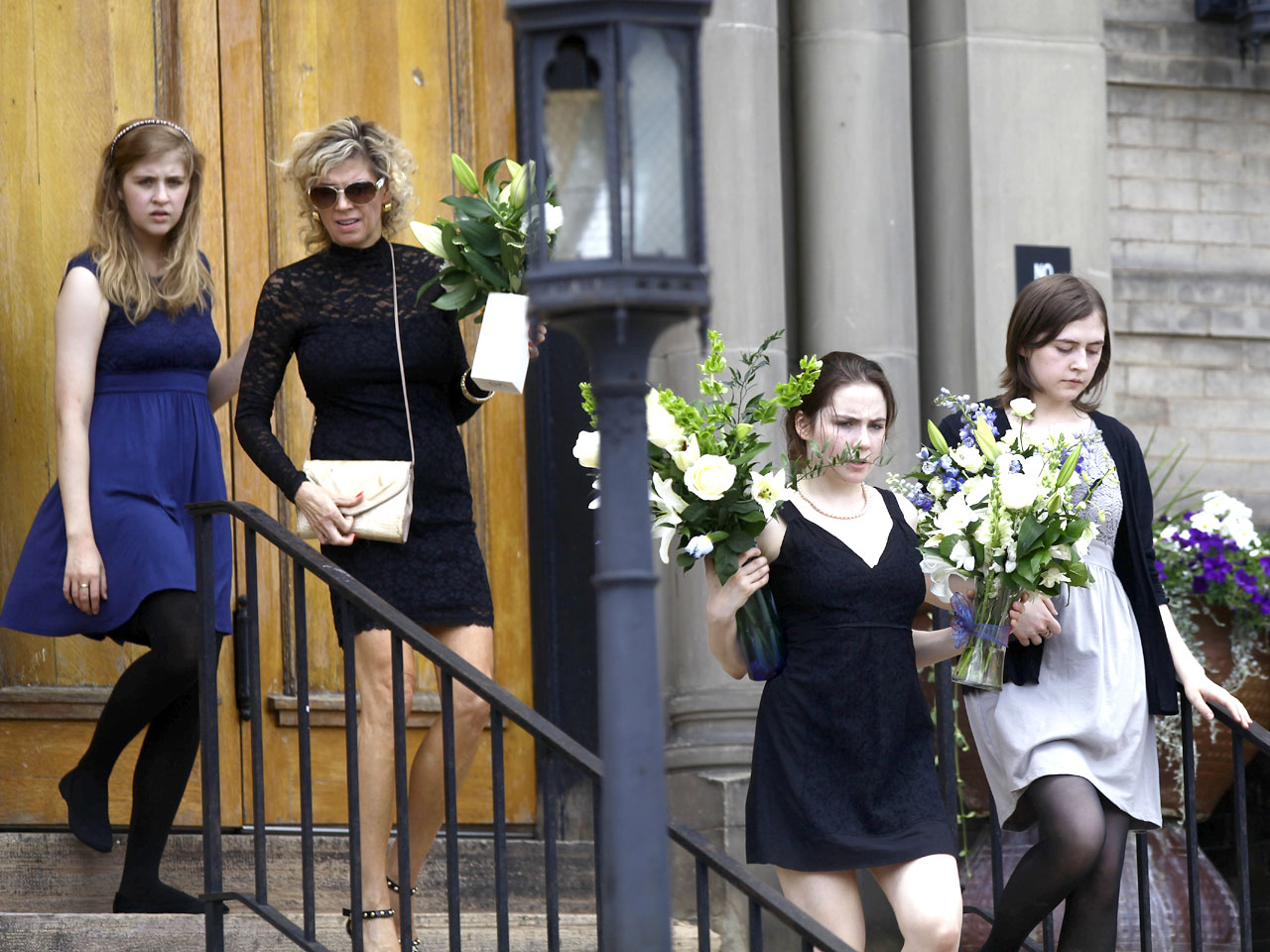 (CBS/AP) DENVER - A dad who took his teenage children to the new Batman movie and was killed when a gunman opened fire on the theater was mourned Wednesday, the first funeral service for a victim of the shootings.

Fifty-one-year-old Gordon Cowden was the oldest of the 12 people killed in the massacre at the "Dark Knight Rises." His teenage children escaped unharmed.

Cowden lived in Aurora, the Denver suburb where the theater is located. A family statement described him as a "true Texas gentleman" who loved the outdoors and owned his own business.

"A quick-witted world traveler with a keen sense of humor, he will be remembered for his devotion to his children and for always trying his best to do the right thing, no matter the obstacle," his family said.

Carrying flowers and passing a large portrait of Cowden, about 150 mourners gathered for the funeral at a Denver church. Colorado Gov. John Hickenlooper paused at the photo before entering the church.

Later this week, families of other victims planned to say their final goodbyes.

The small building near the University of Colorado, Denver, medical campus was cleared as a precaution because police said Holmes had booby trapped his apartment with a trip wire, explosives and unknown liquids.

Because many of the shooting victims have families outside Denver, authorities have assigned each victim's family a communications officer to keep them updated on the case.

Holmes is due in court next Monday, when he will hear the charges against him.

As investigators look for any possible motive, survivors are offering new details about that terrifying night.

"I'm hearing him yell at people, and then you just hear the rounds going off - just boom, boom, boom," says Stephanie Davies, who saved her friend, Allie Young, from bleeding to death.

Also Wednesday, residents of the apartment building where shooting suspect James Holmes lived were waiting to see if they could return home five days after the shooting.

Off-camera, she told reporters Holmes would shout, "What are you doing? I said stand up!" And he would pick people up, she said. As she put it, "I saw him stand over someone. I just see hair and him holding the shirt -- and boom."

Weeks before the shooting, Holmes failed part of his first year examat the University of Colorado and dropped out.

He had been living on more than $26,000 in government and school grants, though it's not clear whether he used any of that money to fund his purchases of guns and ammunition.

At an Aurora hospital where victims are recovering, the actor who played Batman, Christian Bale, made a surprise visit Tuesday.

The star met with hospital staff and the survivors who were watching a midnight showing on opening night of his movie, "The Dark Knight Rises" when the shooting began.

Afterwards, Bale and his wife took time to place flowers at a nearby memorial for those killed.

President Barack Obama also met with victims of the shooting and their families on Sunday.